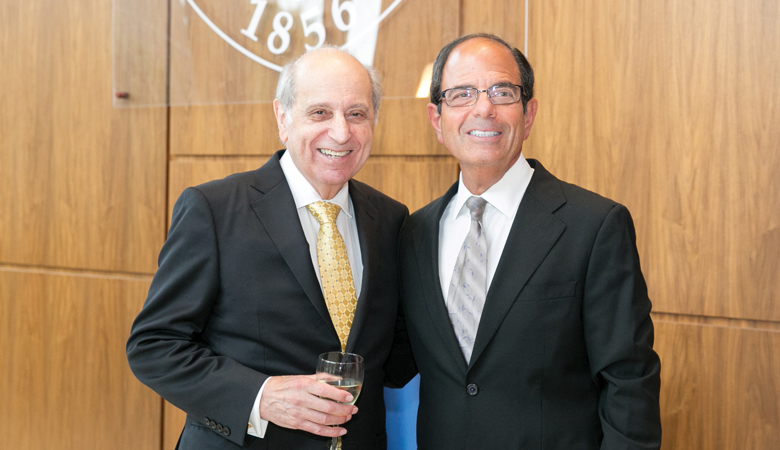 Frankly Speaking: What BTA Means to the Cannata Report and Me

We wish to acknowledge and congratulate BTA on the celebration of its 95th anniversary. For this influential organization, it all began on January 22, 1926, under the moniker of the National Office Machine Dealers Association (NOMDA). At the time, its dealers were selling typewriters and had spun off from an association that was driven by stationers who sold a line of walk-in type (paper) products plus typewriters.

BTA’s founders wanted to break away and create an organization that focused on the dealers’ business model, which was selling and servicing office products, as well as fostering an outbound sales and service organization.

In the mid-70s, the Japanese manufacturers began to make the NOMDA convention the focal point of their dealer recruitment efforts. I started attending this event in 1973 as a DSM for Saxon Industry. In 1975, I joined as part of a team from Canon that exhibited their copiers for the first time in the U.S.

Four years later, we started Marketing Research Consultants (MRC) and NOMDA’s convention became my vehicle to get the word out that I was in business on my own. In 1982, we began publishing Copier Marketing Newsletter, which ultimately evolved into what you now know as The Cannata Report.

MRC started appearing on the NOMDA educational calendar in 1985, and it gave me an incredible opportunity to demonstrate that our work could benefit the copier dealer. At the convention entrance to the exhibition hall, there was always a large table with bins to place your publication. Between that and our presentations, I always left with at least 12 to 15 new subscribers. We were also invited to speak at many of the regional shows.

In 1986, we held our First Annual Cannata Awards Breakfast at the NOMDA Convention in New Orleans. And here we are in 2021, set to celebrate The Cannata Report’s 36th Anniversary Awards & Charities Dinner.

We shall be ever grateful to NOMDA/BTA. Without the platform the NOMDA Convention gave us, we would have never made it. That is why I wanted to take this opportunity to say thank you!

NOMDA/BTA spawned CDA, and the rest of the independent dealer groups followed. Their convention was a golden opportunity to share best business practices and the event’s educational programs for fledgling dealers were excellent. Many of them owe their success to NOMDA/BTA. It does not stop there. BTA (due to the efforts of Bob Goldberg) has offered to provide an umbrella for a group of us to promote the hiring of veterans in our industry.

We were pleased to see that our friend Tim Renegar of Kelly Office Solutions will be serving as this year’s president. Renegar is a great choice as leader for this organization in what we all recognize as a very difficult time. Once BTA gets its regional show schedule going (and the pandemic is under control), you can expect to see the Cannatas and Scott in attendance.

Aside from Bob Goldberg (pictured above with Frank), I believe we have presented at more NOMDA/BTA conventions and regional meetings than anyone else in our industry. Each time we do so, we thank them for what this organization has done and continues to do for us.

We wish Tim Renegar much luck in his new leadership role, and we look forward to seeing at least some of you at the North Eastern Regional show in the fall. I do not believe I am being overly optimistic when I say we will survive this pandemic. I believe we will come out of it stronger and better able to deal with any kind of negative happenstance that could ever come our way again.