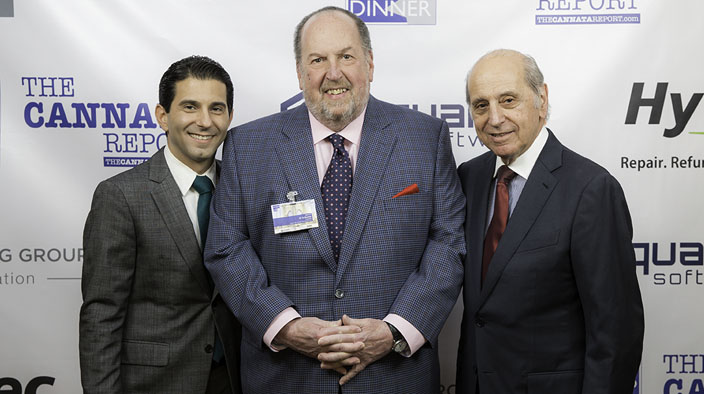 In the few times we shared with Al Scibetta, president of Copier Fax Business Technologies in Buffalo, New York, it was easy to see this was a man that people liked to talk to and have a drink. I requested that we write an obituary about a man who had a love for life. Al would have laughed if we told him he had joie de vivre. At least that is what the French have to say about someone who enjoys life to the fullest.

It was Carol who made me aware of that side of Al. At a Konica Minolta meeting in Aspen, Colorado, she and CJ had drinks with him and his son David. The old guy (always goes to bed early) while she and CJ would enjoy the “fun time.”  As Carol said, “He was such fun guy and that is the way I will always remember him.”

We mourn the loss of a man who had rock-solid values. Family came first with Al and his business followed closely behind. He understood he needed to take care of his family and his business gave him the opportunity to do just that.

Al co-founded Copier Fax Business Technologies with his wife, Andrea Scibetta, in 1990 as a Konica Minolta dealer. Over the past 30 years, the company has grown to over 32 employees and has evolved as one of the top office technology providers in the region.

We were sadly informed that he passed away after a brief illness on January 2, 2022. We reached out to his son David, and he indicated that Al had contracted COVID-19 and lingered a couple of months before he passed away. He was 72 years old.

Under Al’s leadership, Copier Fax received a Konica Minolta Dealer of Excellence Award and several local recognitions for business growth, including Best Places to Work, and ranking as one of Buffalo’s top private companies.

It was easy to see just how valued he was to Konica Minolta as we received quotes from two of their leading executives.

“I would like to offer my deepest sympathies to Al who has been a great leader and a friend to our industry which many of us will miss. The memory of his career will remain in our hearts forever.” Patrick Banno, CEO, Konica Minolta Business Solutions

“Al was a longtime friend and a valued Konica Minolta dealer that helped change the landscape of our industry.  I will miss his leadership and energy at our dealer council meetings along with our shared passion for the Buffalo Bills.” Sam Errigo, COO, Konica Minolta Business Solutions

Copier Fax Business Technologies was also a Lexmark dealer. The person we contacted said he did not know Al well but had visited with him a couple of times and watched him at work. “Al was such a kind man that in an open house format he was like the mayor of Buffalo.  Every customer that came to a CFBT open house was treated like family. You could tell he took great pride in building his business and it’s truly a loss for our industry,” Clark Bugg, director, North America channel sales, Lexmark

He also served for several years as a member of the Cardinal O’Hara Board of Directors.

In 1997, Al’s son David Scibetta joined Copier Fax Business Technologies as a partner. Together, with Andrea the company grew to the full-service technology partner it is known as today.

Al had strong relationships with his employees, industry colleagues, and clients, many of whom he considered his friends. He made every person he met feel welcomed, and always loved to share a good laugh.

Sports was part of what he enjoyed most He was a big time New York Yankee fan, and he loved the Buffalo Bills. He had a passion for Italian cooking and was famous for his homemade pizzas.

He served in the United States Army and was always willing to helping veterans. In listing his accomplishments, he served his country, his God, and his family as well as a man could and did.

Al leaves his business partner, travel companion, and beloved wife of 27 years, Andrea. He also leaves his children and their spouses, David (Heather), Paul (Krissy), Angela, Anthony (Jessica), and George as well as 11 grandchildren (and one on the way). He was a cherished brother, uncle, cousin, godfather, and friend to many people.

He will be missed, and it was announced on the Copier Fax website a celebration of Al’s life will be held later this year. We wish him eternal peace and rest. We would also like to believe that when Al knocked on those pearly gates, he was welcomed home.

Fridays with Frank: Frank Reflects on the Top Stories of 2021 Part 2