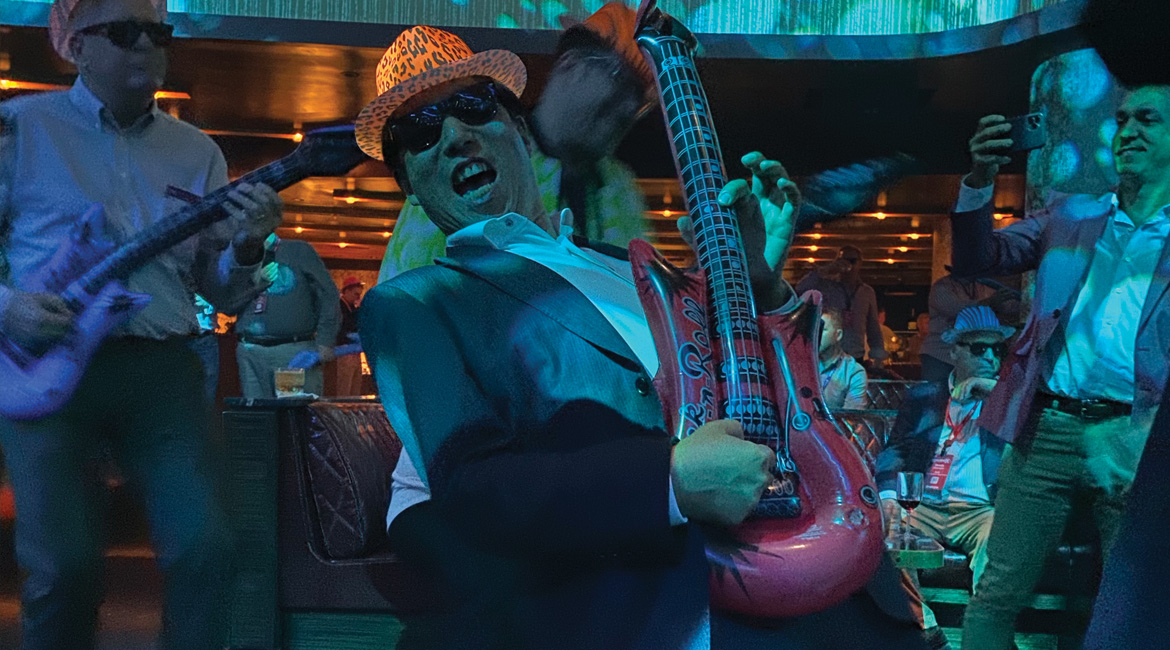 The Way We Were: Snapshots from Ricoh’s 2019 Dealer Meeting

In this week’s installment of The Way We Were, we are travel back to November 2019 and Ricoh’s dealer meeting in Las Vegas. These photos originally appeared in the December 2019 issue of The Cannata Report.

Ricoh’s Rock Star (Top)
Ricoh Americas President & CEO Joji Tokunaga kicks out the jams during the awards after party at the Aria’s Jewel Nightclub on the last night of Ricoh ConvergX in Las Vegas. Tokunaga’s engaging personality and enthusiasm for mingling with dealers and press outside of the formal meeting agenda reflects the new, improved and more dealer-centric Ricoh brand.

The Joy of Sax
Mark Rivera, sax player for Billy Joel since 1982, entertains the crowd at Jewel Nightclub with classic rock and Billy Joel tunes.

A Bottle of Red, A Bottle of White
Ricoh’s Joji Tokunaga serenades the awards after party guests at Jewel Nightclub with a faithful rendition of  the 1977 Billy Joel classic “Scenes from an Italian Restaurant.”

Do You Wanna Dance?
Joji Tokunaga (left), CJ Cannata (center), and Mary Jo Johnson (right) of EO Johnson, shake things up on the dance floor during the awards after party at Jewel Nightclub.

Global Perspectives
CJ Cannata provides an overview of the similarities and differences between the Japanese Big Six’s collective global strategies over the next several years, along with how some of those strategies are already coming into play in the U.S. and the Americas.

Fridays with Frank: the Good, the Bad, and the Ugly of Private Equity Ownership

Fridays with Frank: How Many Independent Dealers Are...

Six Reasons to Read the September Issue of...