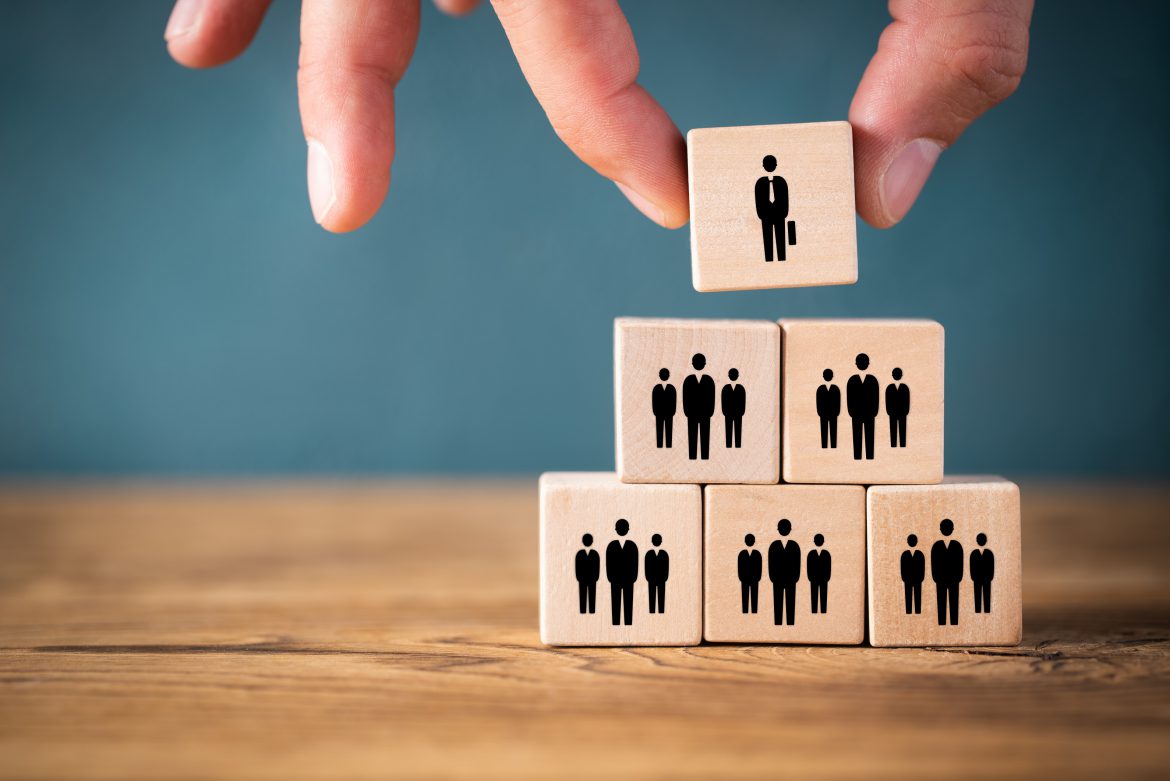 On Monday, June 28, Toshiba America Business Solutions (TABS) announced that President & CEO Scott Maccabe was retiring and that Larry White, the company’s COO, would take over as the next president & CEO on July 1. In an unprecedented move prior to the announcement, TABS scheduled interviews with Maccabe and White with industry press. The Cannata Report interviewed Maccabe and White on June 23. This is an edited transcript of that conversation.

CR: What can you share with us about the transition?

Maccabe: We wanted to ensure that there was a clear understanding by all elements of the press of the transition from my leadership to Larry’s leadership. Three years ago, when I renewed my contract with TTEC (Toshiba TEC), I set a time limit—a goal that I had set for myself. In all frankness, it aligned very well with Japan because they are focused on succession planning.

Our organization is set up so that we don’t have single points of failure and we have succession opportunities. Three years ago, we moved Larry to a Chief Revenue Officer, and then about a year and a half later, moved him to the COO role, continuing to progress his responsibilities across the broader business disciplines. He’s done a superb job.

I am super grateful through the eight years that I’ve been with this organization, I not only had the opportunity to meet quality individuals like all of you on the phone, but I’ve had a superb executive staff. We truly have a solid partnership with the executive staff and have done great things. We’ve had record profits six out of eight years. We’ve grown market share to the highest it’s ever been in the company. We’ve executed with the highest efficiencies, and we continue to lead the entire TTEC organization. And frankly, they follow us, which I’m proud of.

CR: But you are not totally stepping away?

Maccabe: Japan has asked me to remain as an advisor to the company. Larry jokes with me and says, “You thought you had a full-time job before.” He may be correct. I’m going to be working directly for TTEC to help with strategy and move the business forward. And I’m available to the rest of my TABS team if they need any input or insight. White: The company would not be where it is today without Scott’s leadership. His comment about the management team making this transition easy is because of the depth and the knowledge that we have within our organization. The key executive managers are industry veterans and exemplary employees. It makes the transition that much easier for me as I take on this role, knowing that I’ve got a phenomenal group of employees within the entire organization and a management staff that I know and can trust and work with every day.

CR: Scott, you talked about some of the highlights of your eight years at TABS, is there anything else that you want to reference that you can hang your hat on?

Maccabe: Something TABS has really done well is that we were the catalyst for TTEC’s global imaging business to become one team. When I first joined the organization and I went to one of the first meetings in Japan, I was surprised and dismayed at how splintered the total business seemed. There was no real teamwork. There was no unified voice. My team and I consciously set out to be a catalyst and consciously become a voice within the company. I’m proud of that because earlier this week, I was getting emails from the presidents of the other European entities that are expressing their appreciation and regrets that I’m leaving.

The other element is we have the strongest unified relationship with Japan, working as one team. And to a person, to a leader inside the TABS management team, they have proven to Japan they deserve that respect. Those two things, beyond the business accomplishment accolades, are key elements of building the foundation of a global unified business.

White: Scott’s being modest. You have to remember, Scott wore many hats, and one of those was being president and CEO of Toshiba Global Commerce Solutions (TGCS). When he took that role, he hadn’t been at TABS very long. He took a company that quite honestly was failing and losing huge amounts of money and turned that into a profitable business.

People often talk about synergies within organizations, but it’s very rarely executed upon. Scott was able to create tremendous synergies between the TABS organization and TGCS that no one ever thought was possible. What made it even more difficult was, if you remember correctly, TGCS was an IBM organization, and they had a little bit of an attitude about how good they were. Scott was able to bridge that gap between our two companies and you see a solid proof of our labor at our LEAD conferences. You saw the melding of two organizations at one meeting where we brought in customers together and it was a tremendous success. That’s an amazing accomplishment. Running two organizations of disparate cultures is amazingly difficult, but bringing a synergy between those two organizations and running them both amazingly well is something that’s unheard of in this day and age.

CR: Larry, how will you follow the lead Scott set in terms of your relationship with Japan?

White: That may be the most difficult part about the transition. Scott was a master craftsman in dealing with the Japanese. He did it in his other Toshiba relationship prior to TABS, and I was always amazed at how well he was able to get what he wanted done. I learned a lot by watching him and how he created a pathway of where he wants to get within a Japanese organization.

Maccabe: Larry, you have the respect in Japan. That is a key component to be able to foster those communications, so don’t undersell yourself.

CR: Scott, one of the things that impressed me while attending LEAD conferences over the years was how you were able to address and clarify some of the turmoil going on at Toshiba in Japan to reassure dealers. Now that’s going to be Larry’s responsibility whether it’s issues out of Japan or some of the supply chain issues taking place now. What are each of your thoughts on that?

Maccabe: In any element of business, you’re always going to face challenges or problems or obstacles, and I’ve always been a believer that you face them directly and you face them with transparency and then you move forward.

White: One of the main things a CEO has to do is set the strategic direction of an organization, and then create the call to action within the different parts of that organization to achieve those objectives. Scott’s been a great leader in doing that. You talked about planning earlier, I would say if I was going to describe our organization, is that we are voracious planners. We have a plan that we’re constantly working in and when issues come up, it makes it that much easier to handle those issues. Right now, we’re dealing with supply chain issues and product availability issues caused by the chip shortage and horrendous logistics issues coming out of China right now. But if you plan your business, you have a way to at least mitigate the effects of those issues. That’s going to be a normal part of the business and I look forward to the challenge of handling those types of issues.

CR: Larry, you worked closely with the dealer community for many years. Do you see this as giving you a little bit of an edge, compared to Scott who initially the dealers did not know?

White: It certainly doesn’t hurt. I’ve also got a great staff that has relationships with dealers, so it’s a familiarity which is certainly going to be to our benefit moving forward. Dealers are going to miss Scott. They’re going to miss his sense of humor. He’s a lot of fun, especially when we go on trips.

CR: Scott, what are you going to miss the most about your time at TABS?

Maccabe: The people. I love the challenge of business. I never wanted to be a businessman, I wanted to go into medicine. That’s part of the “fix it” part of me. I’ve been blessed. In the 18 years and three separate companies that I’ve run, I’ve had a great opportunity to meet fantastic people. But in the eight years at TABS, I will tell you that, as my wife, Barb, and I talk about this at home, we both just constantly say, “It’s going to be difficult not to see the people as often.” We have a lot of close relationships. Barb is on Facebook with every dealer’s wife, and there will be opportunities to reengage. You don’t ever disengage completely from true friends.

CR: How will you spend all this free time once you step down?

Maccabe: I’ve always been involved in charitable work and in the community. I’m going to step it up a bit. I look forward to spending time with my wife, who’s my best friend and partner, to do a lot of the different things that we’re interested in. I have to be busy doing something.  I hope that I’ll have opportunities to be on boards. You can mentor companies, you can mentor leadership, you can be a barometer to help businesses grow. That’s the value that a real leader should be able to bring in his or her later years. Don’t waste your knowledge, provide your knowledge and your insight so that it can create productivity, growth, and hopefully make a difference.

White: Scott’s being modest again. One of the things he’s going to be doing is sitting on the University of California Irvine CEO Forum with select executives from in and around Orange County. That’s a prestigious position, especially in Orange County.

Maccabe: The CEO Forum has 90 people and is part of a think tank where you can contribute to the growth of the community and participate in the growth of the different schools. There’s a medical school, there’s an engineering school, and a research school. There’s a lot of things going on in medicine that are interesting to me that I think can really help humanity. I’d like to dig deeper and see how it ties back to technology.

CR: Larry, what happens with your COO role after you transition to president & CEO?

White: In preparation for that, we have promoted three regional sales directors to regional vice presidents, giving them more responsibility. We’ve streamlined the business within their respective territories to give them more decision-making capabilities. They are obviously all industry veterans respected by the dealers. Again, that was part of Scott’s master plan, executing different parts of the plan over a period of time, and the last step of that was the promotion of those three individuals.

CR: Scott, it has been a pleasure working with you over the years, and Larry best of luck in your new position.