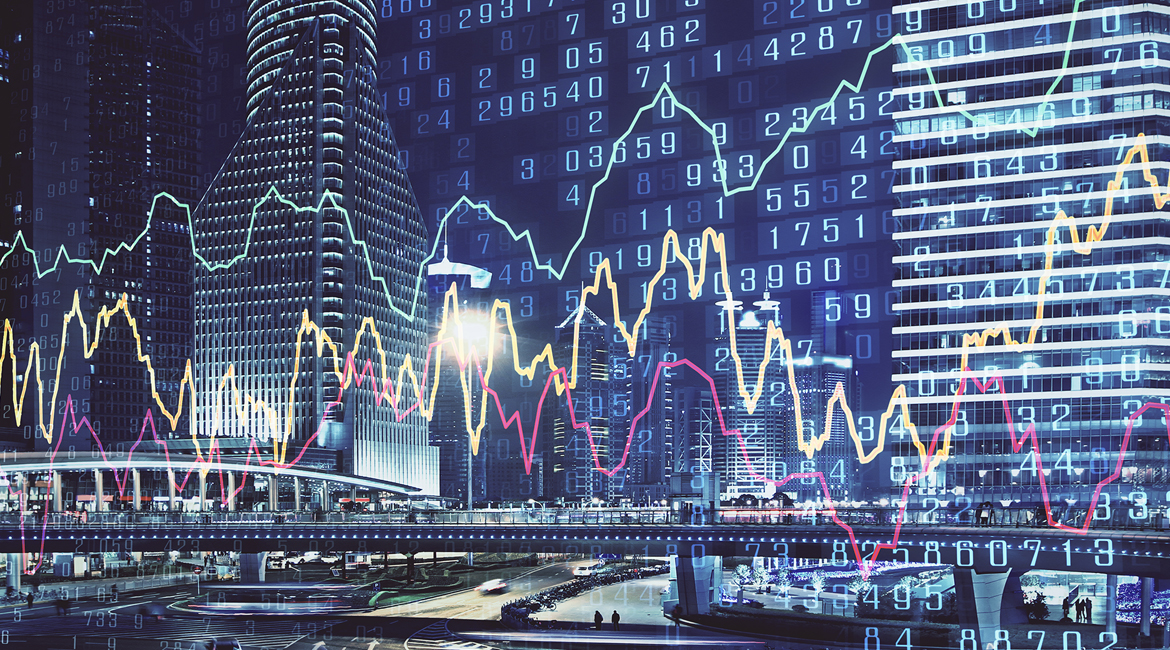 The best way to characterize the economic outlook for 2021 is that there is good news and bad news. The bad news will come first, in the form of what is likely to be a difficult first quarter. Beyond that, the outlook appears increasingly positive. There are a variety of reasons for expecting strong growth beyond the first quarter: more widespread dissemination of vaccines against COVID-19, the seasonal pattern of infections typically seen with coronaviruses, fiscal stimulus already passed, additional fiscal stimulus likely to be passed, and pent-up demand accompanied by ample household savings.

Georgia’s election of two Democratic senators significantly changes the outlook for fiscal policy. Over the next two years, we can now expect a more aggressive deployment of fiscal policy as part of an effort to return the economy to full employment. In spite of possibly negative growth in the first quarter, GDP growth is likely to exceed 4% for 2021 as a whole. Democratic control of both the White House and Congress implies that policy will be geared toward bringing down unemployment as quickly as possible. By 2022, the unemployment rate is likely to drop below 5% from the current level of 6.7%.

The Georgia election results will also have a significant impact on the outlook for federal assistance to state and local governments to make up for lost revenues. This was a major sticking point in the negotiations for the recently passed fiscal package. It was left out of the package because of opposition from Republicans in the Senate. With Democratic control, it is likely to be included at some point. The timing is uncertain, but at the latest, aid to states and local governments will be included in the federal budget for fiscal year 2022, which under rules governing the budget process (known as reconciliation) can be passed without the super-majority required to overcome a filibuster.

The tax increases (for corporations and those making over $400,000) that Biden campaigned on will also now likely be folded into the reconciliation process. However, given the need for short-term stimulus, the implementation of any tax increases may be deferred for a year or two.

More aggressive use of fiscal stimulus should ensure gross domestic product (GDP) growth of over 4% in 2021, along with the boost likely to occur as more of the population is vaccinated. The first quarter will be quite slow, possibly negative, but beyond that, there should be a rapid acceleration. One reason for this expected acceleration is that the savings rate is quite high compared to recent years. The pandemic has been devastating financially to many households, and those households have had to draw down savings. But for others, it has had little effect. And some businesses and their workers have benefited from shifts in demand. The overall personal savings rate (which reflects how all households have fared in aggregate) stood at 12.9% in November, the most recent month for which the Commerce Department has published the data. This rate is almost twice as high as year-ago levels.

This increase in the savings rate reflects the fact that many households could spend more but have been constrained in various ways by the pandemic. They are simply not spending nearly as much on certain activities such as travelling or eating out. These cutbacks in spending point to the potential for a strong jump in consumer spending as vaccines become widely disseminated.

The combination of this untapped reserve of savings built up in the past year, the $900 billion stimulus passed in late December, and additional measures likely to be put forward by the Biden administration might even trigger, for a while, a short-term rise in inflation. This would reflect some bottlenecks in the post-pandemic economy. For example, many restaurants and other small businesses are gone for good. As people return to normal dining out habits, there will be a period during which there is an imbalance between demand and supply. It will take a while for the financing to flow to new restaurant ventures. There are other sectors that might experience something similar.

There are two other themes concerning the incoming Biden administration that are worth considering. One is that it will make a much more vigorous effort to curtail the spread of COVID-19. President Biden has talked of a national mask mandate. His legal authority here only extends to federal property. But he will also likely make an effort to enlist governors to slow down the rate at which infections and deaths are growing. Some governors may have ideological grounds for not going along. But others may be persuaded to take more aggressive measures if there is a promise that federal aid will be forthcoming to make up for lost revenues. More aggressive mitigation measures will entail more of an economic slowdown in the first quarter, with the payoff from both an economic and epidemiological perspective coming later in the year.

The other theme or consideration is that there may be a desire in Washington and across the country for a cooling of the partisan passions that culminated in the storming of the Capitol on January 6. This event may persuade enough members of both parties for the need to engage each other in a more constructive fashion to break some of the logjams that have prevented legislation from being passed in recent years. It is not difficult to envisage bipartisan cooperation on issues like rebuilding infrastructure. Not all such cooperation need be in the economic sphere, but some of it could well have the effect of boosting growth in the medium term.

Immediately ahead, however, lies a tough quarter. Some of the December economic data highlighted the difficulties ahead. The Labor Department reported that non-farm payrolls dropped by 140,000 in December. Some sectors did well. Construction added 51,000 jobs in December, and manufacturing employment was up 38,000. However, restaurants and bars lost 372,000 jobs. This loss reflects the reality that colder weather has reduced opportunities for outdoor dining and the fact that the spread of infections has caused many people to put off going out even where there are no restrictions on their ability to do so.

The December jobs data offer a preview of what lies ahead in the next few months. The policy challenge is to provide a cushion over the next few months to affected businesses and workers and state and local governments. Some of this was accomplished by the fiscal package passed in late December. However, that package left unaddressed the need to help state and local governments. This implies that one of the first steps taken by the Biden administration will be the submission of a new stimulus plan to do this and plug other gaps in the package passed in December.

Managed It: So, You Want to Offer Managed IT