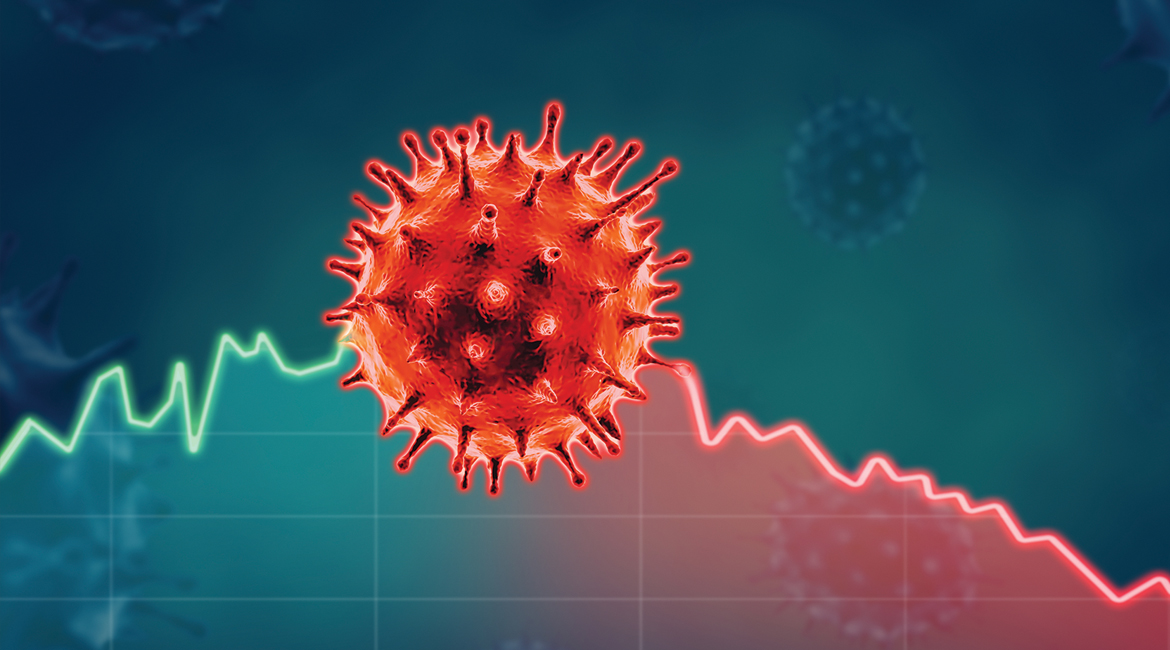 The COVID-19 pandemic will be a huge factor in numerous policy decisions.

President-elect Joe Biden is preparing to take office at a time when the COVID-19 pandemic is gathering force. He also could be the first president since 1988 to begin his first term without his party controlling both houses of Congress. The lack of Democratic Party control of the Senate obviously would reduce the chances for implementing some of the more ambitious elements of his agenda. However, it would also allow for sharper focus on dealing with the pandemic and its economic ramifications.

A winter resurgence of COVID-19 has long been feared by epidemiologists. This would fit the pattern exhibited by other coronaviruses and the flu. Explosive growth in the number of cases in Europe and North America indicate that this fear is being born out. During the campaign, Biden made clear that he will take a different approach. While much attention has been paid to the issue of masks and mask mandates, the differences will extend to testing strategy. A number of experts have advocated for high-frequency testing as a way of holding down the spread of infections without economically costly lockdowns. Biden’s plan also includes a 100,000 corps of contact tracers.

Even without a return to the strict lockdowns of March and April, there will likely be a certain amount of economic damage this winter. In many parts of the country, the weather will be too cold to allow the option of outdoor dining. And the resurgence of cases will likely lead to new restrictions on indoor dining. Other types of businesses such as gyms and barbershops may be similarly affected.

The risks to the economy are such that Congress and the White House are likely to consider additional stimulus measures during the lame duck session. Beyond that, Biden campaigned upon a fairly ambitious economic agenda. He has pledged to reverse the Trump tax cuts for those making over $400,000 per year and has proposed to raise corporate taxes. He wants to provide tax credits to firms that will bring back jobs that they have outsourced. He has promised an infrastructure program. The pandemic itself is likely to promote a bipartisan consensus on what could be called “supply-chain nationalism.” It has become clear in its wake how risky it is to rely on foreign sources for critical medical supplies and equipment. This supply-chain nationalism could well extend to areas beyond the medical system.

Biden has also emphasized the need to move toward cleaner sources of energy and promised that he will rejoin the Paris Agreement on climate change. He wants to use tax incentives to accelerate the transition to cleaner energy and has argued that this will create large numbers of well-paying jobs. He and the Democrats are also committed to increasing the minimum wage. On health care, he wants to expand the Affordable Care Act and create a public option.

The extent to which he is able to enact his ambitious economic agenda will depend upon which party controls the Senate. The two races in Georgia that are going to a January 5 runoff will provide the answer. Absent victory in Georgia for the Democrats, most of Biden’s proposals will be spending the next few years gathering cobwebs, much as the House’s proposals have in the last four years. The items that have the best chance of garnering support in a Republican-controlled Senate  have to do with supply-chain nationalism and other infrastructure-related spending. Some items such as a return to the Paris Agreement can be accomplished by executive order.

A gridlocked Congress does pose some risks to the economy. A winter of high COVID-19 cases and deaths will inflict new damage on the economy. Although the economy has regained over half of the jobs lost in March and April, it is still down almost 10 million jobs from the peak in February.

Moreover, the pace of job growth has been decelerating in the last few months. Further deceleration is likely in the fourth quarter and first of the new year, with some risk of negative growth in the latter. This raises the likelihood that the economy could be operating with a fairly large amount of slack in the labor markets for several years. The case for additional stimulus rests on the desirability of accelerating the economy’s return to full employment.

Pfizer’s announcement that its vaccine has been effective in reducing infections by over 90% adds an additional factor for policymakers to consider. The looming availability of a vaccine could reduce the attractiveness of certain strategies such as expensive additional investment in testing capacity. However, it could make a lockdown more palatable, in the sense that there would be a clearer understanding that it would be for a limited timeframe until the vaccine is widely available.

Given the trends in COVID-19 cases and the available information on when the vaccine will be widely available (most likely in the second quarter of 2021), the next few months are going to be very difficult both from an epidemiological and economic perspective. On top of that, there is political uncertainty, some of it due to the current administration’s insinuations of election fraud and the remaining Senate races in Georgia.

In a rational world, strong measures would be taken over the next few months to minimize sickness, death, and economic hardship. The vaccine provides much needed reassurance that such measures would be of limited duration. Unfortunately, the current political environment cannot be characterized as one where rationality usually prevails. This raises the specter that gridlock will continue at a time when the situation with respect to both the pandemic and the economy could take significant turns for the worse.

To break the gridlock, the Biden administration might have to get creative. Congress has passed laws that give the president certain emergency powers to reallocate spending. The Trump Administration set an interesting precedent when it redirected funds appropriated for other purposes toward building its wall. If gridlock turns out to be severe, a Biden administration might avail itself of a similar maneuver to achieve some of its priorities.

Managed It: Security Blanket or Opportunity?

Business As Unusual: Ricoh and the Future of Production and Industrial Print