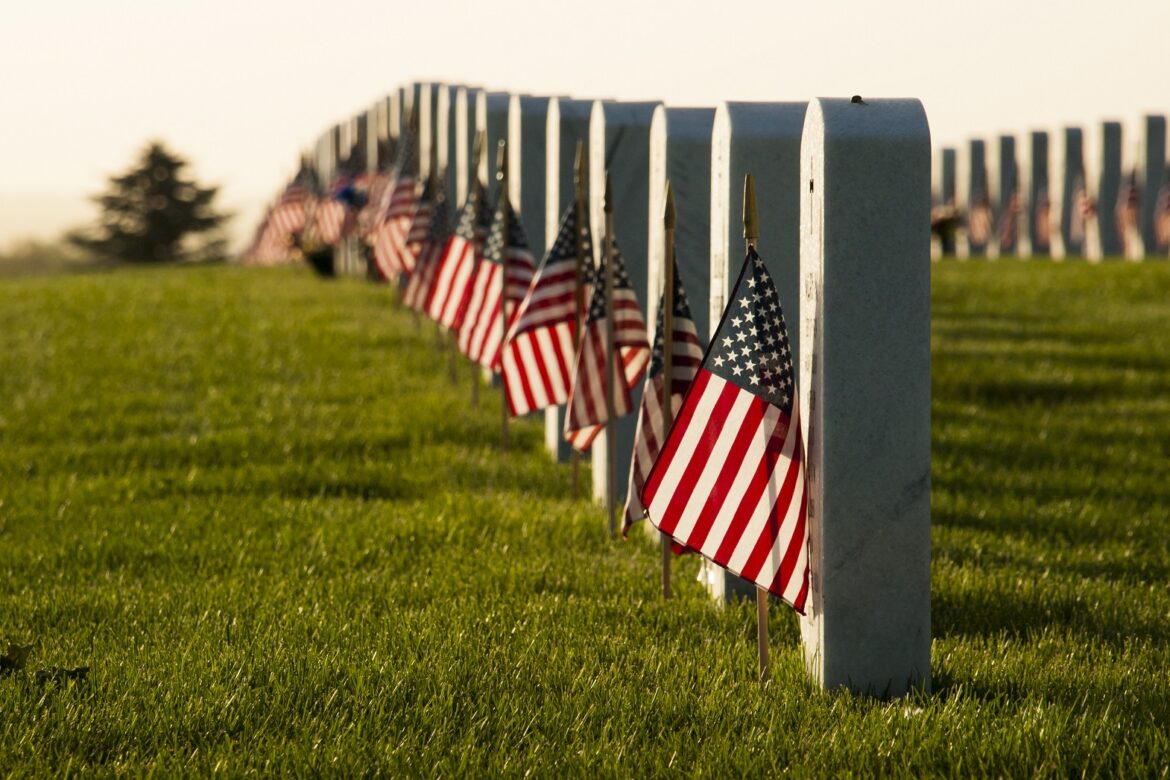 We honor those who made the ultimate sacrifice on this somber national holiday.

Memorial Day is a United States federal holiday commemorating our members of the armed services who have made the ultimate sacrifice. It is observed annually on the last Monday of May. This year, the last Monday falls on May 31st.

We have been writing about our military heroes and their remarkable accomplishments for the past 10 years. Many of them have died in the service of our country. In each case, these sacrifices were made by young men and women who had an expectation for a long life. Many of them died at ages from 18 to 40. They are the true reason we have a Memorial Day.

There is some dispute as to the origin of this day. What we do know is that the first Decoration Day was observed on May 30, 1868. A proclamation by General John A. Logan, national commander of the Grand Army of the Republic, established what was to become an annual event. On that first day, it was determined that flowers were to be placed on the graves of Union and Confederate soldiers at Arlington National Cemetery. President James Garfield was invited to deliver a speech.

I have read that General Logan planned the first Decoration Day for May 30th, because both northern and southern states would have flowers in bloom at that time. Other accounts state that the date was chosen because it did not coincide with the anniversary of any battles.

By 1890, Decoration Day was celebrated by the Northern states. The South refused to acknowledge the day, choosing to honor their dead on a different date. After World War I, the holiday changed from honoring just those who died fighting in the Civil War to honoring Americans who died fighting in any war.

The change of the name to Memorial Day occurred with the passing of the National Holiday Act of 1971, designating the last Monday in May to be a Federal holiday.

On Monday, May 31, 2021, we should all take the time to express our gratitude to the U.S. military members who have given their lives to secure our freedom and maintain our way of life.

I went online to search for the history, the numbers of conflicts, and the totals of all those we should be thinking of on that day. I came across a site—militaryfactory.com—that provided this information, commencing with the Revolutionary War up to the more recent war on terror (Afghanistan). A total of 1,319,943 have paid a fearful price. This number represents military fatalities in all major wars and limited military actions involving the United States from 1775 to 2021.

In my reading of U.S. military history, I believe three battles stand out as being the bloodiest with the highest loss of life:

*The Battle of Antietam is considered the bloodiest battle in U.S. history. It lasted all of 20 hours. For additional information please go to britannica.com and search for “Battle of Antietam” for the whole story of this pivotal battle.

Since the late 1950s, on the Thursday before Memorial Day, 1,200 soldiers of the 3rd U.S. Infantry place small American flags at each of the more than 260,000 gravestones at Arlington National Cemetery. They then patrol 24 hours a day during the weekend to ensure that each flag remains standing.

Red poppy flowers are also often placed on crosses near the graves of fallen war heroes. The tradition of the poppy comes from the poem, “In Flanders Fields,” written in May 1915 by John McCrae after the Second Battle of Ypres. The poppy, which bloomed in battlefields during the first world war in Belgium and France, has become a symbol of remembrance and is a key element of the Remembrance Day observations in the UK, Canada, Australia, and New Zealand. This story can be found on flowerpowerdaily.com.

Since 1998, on the Saturday before Memorial Day, the Boys Scouts and Girl Scouts place a candle at approximately 15,300 gravesites of soldiers buried at Fredericksburg and Spotsylvania National Military Park.

Each year, the president requests that all governors of the United States direct the flag to be flown at half-staff until noon on Memorial Day on all buildings, grounds, and naval vessels. U.S. citizens are also asked to display the flag at half-staff from their homes before noon.

These actions are taken to serve as a reminder that our freedom is not free. There are many ways to express your gratitude, such as supporting the various veteran’s organizations. You can also join us at The Cannata Report and promote the hiring of veterans. Most of all, please remember those that gave their lives for all of us.

We dedicate this piece to two men who were survivors of the Battle of the Bulge. We knew and loved them both:

Michael Bruzzi was my Uncle Mike, who was wounded in the Battle of the Bulge and was hospitalized, recovered, and returned to duty. He was back with his unit when the Germans surrendered on May 8, 1945. He was discharged and returned to Brooklyn in 1945. In 1949, he came over to our house and told my mom he wanted to take me to see a movie. The movie was Battleground, and it was all about the Battle of the Bulge and starred Van Johnson, George Murphy, John Hodiak, and Ricardo Montalbán. As we were leaving the theater, he said, “That was pretty much the way it was.”

As for Harry he served in the 87th Division as a 30-caliber (light, which means air-cooled) machine gunner. Harry was drafted in late 1943. He landed in France and fought his way to Bastogne in the coldest European winter ever experienced in 1944.

When the German panzers were pushing to break through their line, Harry saw a bazooka lying on the ground next to a dead soldier. He ran out of his fox hole, picked up the bazooka, and yelled for one of his squad to follow him because you need two men to fire this antitank weapon. They knocked out the tank, and he saved his platoon. That is how he earned the Bronze Star.

He had badly frozen feet and suffered with it for the rest of his life. He was informed he could request a Purple Heart, and he elected not to do so. He told me that story because two years before he died, he applied to have his body buried in Arlington. He was informed that he needed to have two combat decorations to be eligible for his remains to be interred at Arlington National Cemetery. Unfortunately, it was too late. My uncle chose to be laid to rest with his mom and dad in a Brooklyn cemetery.

We will honor all those who have fallen in battle and remember the two we knew with a special prayer that they rest in peace and somehow know that their sacrifice, their service was not in vain. Somehow, I believe they knew it when they passed away.

From the Editor’s Desk: 12 Months and Counting