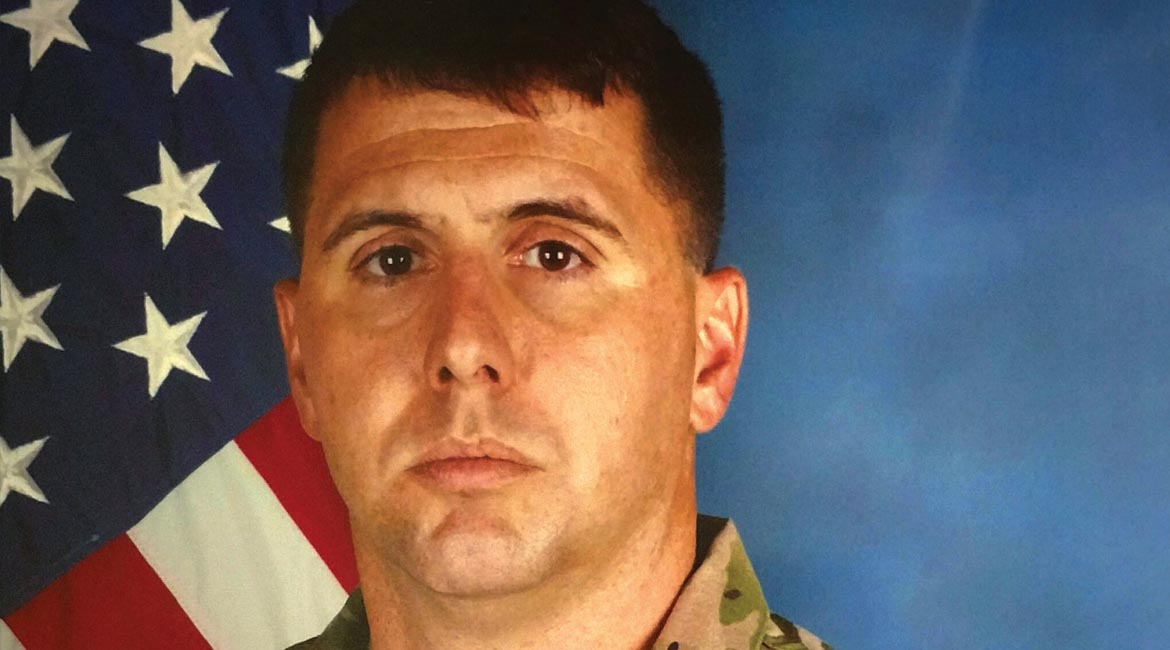 Our first Veteran’s Award recipient is an inspiration to all.

Jeremiah Shepard is The Cannata Report’s first Veteran’s Award recipient. There is always a story, and I’d like to start at the beginning. In 2020, during the worst of the pandemic, Mike Stramaglio approached me about helping a distinguished veteran who wanted to build an organization that would focus on the hiring of veterans in the print industry. Simultaneously, he reached out to Bob Goldberg. Neither of us hesitated and welcomed the opportunity to serve.

We felt this way because the three of us knew we could work together and get this done. We also knew that there were major corporations in our industry that were heavily committed to hiring and helping veterans.  I proceeded to write a series about those same corporations, most specifically, HP, U.S. Bank, and Ricoh. Bob quickly obtained the necessary support from BTA to provide a not-for-profit umbrella, and VETech was born. Everyone knows Mike’s penchant to utilize social media, and in short order, our industry knew what VETech was and why they should support it.

We were fortunate that CJ and The Cannata Report team helped us produce these articles. We featured them in the February, March, and April 2021 issues of The Cannata Report. We will be writing more about our veteran’s initiative in the future.

Bob worked within BTA, and they began by gathering veterans’ resumes and helping to circulate them across the dealer channel. While we are still in the early stages of development, a board has been established, comprising representatives from BTA, veterans, the three Amigos (Frank Cannata, Bob Goldberg, Mike Stramaglio), and Jeremiah Shepard. Mike leads us and keeps the ball moving with regular meetings.

We set out to learn exactly what the problems were and figure out how we could help. The problem emanates from the fact that approximately 270,000 of our military are separated from active duty every year. According to the Department of Defense, only 20% of them have jobs.

The dream and the inspiration for this veteran-focused organization originated with Jeremiah. He is employed as general manager of technical services for Dove Printing in Florence, South Carolina.

I recently sat down with Jeremiah to listen to his story and learn a little about why he wants to help his fellow veterans begin a new life with a good job.

Jeremiah comes from a small town of 5,000 people in Jackson County, Pennsylvania. He was co-captain of the high school football team, and he signed up to join the Army in his senior year in 1993. Upon his graduation, he reported for active duty.

“My grandfather was in World War II, and my uncle followed him,” Jeremiah said. “I wanted to payback for all that I had been given by our country. I went to boot camp in Fort Benning, Georgia, to be an Army Ranger, and it is one of the best decisions I ever made in my life.”

For the benefit of our audience who may not truly understand what this commitment really means, allow me to explain. Army Rangers form an elite special forces unit that has a long history of fighting for our country. The first units were created in the Revolutionary War, and Francis Marion, known as the Swamp Fox, was one of the leaders. Fast forward to World War II, and the Rangers were activated under Colonel William Orlando Darby and were known as Darby’s Rangers. Their exploits during the war were legendary. A movie about his rangers was made in 1958 and starred James Garner as Darby.

The Rangers fought both in Europe and in the Pacific. They caught the world’s attention in the battle for the Philippines when the 6th Ranger Battalion, led by Colonel Henry Mucci, was asked to liberate a prisoner of War Camp behind Japanese lines. Joined by another unit known as the Alamo Scouts and Philippine Guerrillas, they rescued 513 prisoners who were survivors of the Bataan Death March and American civilians. Known as the Raid on Cabanatuan POW Camp, their exploits have been hailed in books, movies, and television documentaries.

In short, Jeremiah selected one of the Army’s toughest and best performing units in the world. For 25 years, he served our country proudly and saw combat in Kosovo, along with two tours in Afghanistan. Among his decorations are two Bronze Stars, a Joint Services Medal, and campaign ribbons which detail where he served under fire.

As a Marine veteran myself, the Joint Services Medal is the one that got my attention. Joint Services Command is a force in readiness that includes units from the Army, Navy, Marine Corps, and Air Force. In the military, this unit is often described as “a lot of bad people.”

The Joint Service Commendation Medal (JSCM) is a decoration presented by the United States Armed Forces to individuals who, while serving as a senior on a joint military staff, have performed either an exceedingly heroic act, exceptional achievement, or commendable service that has not been recognized by a higher award.

In my opinion, the most exceptional achievement that Jeremiah Shepard received was being promoted to the Rank of 1st Sergeant. He served in that capacity with the Headquarters Company 22nd Infantry Battalion. In a Battalion, which is about 1,000 to 1,200 men and women, he stands right next to the commanding officer, who is a major or could possibly be a lieutenant colonel. Both officers and men and women have the greatest respect for this rank, and only those who have served can understand what this means.

Upon his discharge after serving 25 years in the Army, Jeremiah remained committed to our nation.

“I attended the Institute for Veterans and Military Families (IVMF) at Syracuse University,” he said. “It is a program that provides transition readiness, program management, IT preparedness, and more.”

This experience inspired him to think beyond himself and to help provide ways for veterans like himself to consider work in tech and the print industry. When we asked what he would say the print industry’s leaders regarding the hiring of veterans, he was direct.

“Invest in the future with people who provided for your security,” he said, pausing for a moment to then add, “You take care of us, and we will take care of you.”

Here is a man who served 25 years of military service, and upon his discharge, his No. 1 priority was to take care of his family of five children and loving wife Gretchen. Yet, he still looked for opportunities to help his fellow veterans.

In fact, Jeremiah turned down an appointment to West Point. When I asked why, he responded, “I always enjoyed teaching and training, and staying close to the troops is the best way to do that.”

It is easy to see why we are honoring this man. In doing so, we are establishing a powerful benchmark for future recipients. Here at The Cannata Report, we believe honoring those who have served is an honor and a privilege.

Shadows in the Jungle: The Alamo Scouts Behind Japanese Lines in WW II by Larry Alexander

Wikipedia – for descriptions of medals