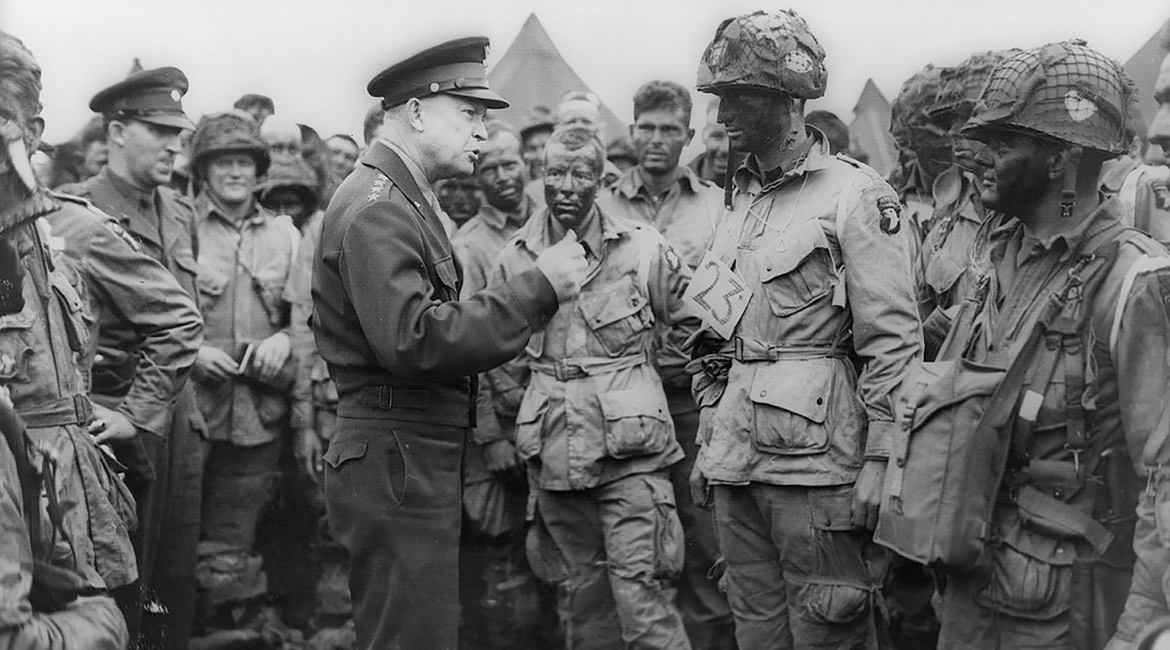 Our 34th president was a brilliant military leader and ranks in the upper pantheon of U.S. presidents.

This is the sixth in our series of profiles of United States Presidents who have served in our military. From General George Washington to Five Star General Dwight D. Eisenhower they all demonstrated their skills as military leaders. We believe it helped make them better able to serve as leaders of the United States.

Making decisions that determined the fate of men’s lives made them more aware of the real cost of victory. In addition, their military experience made them more able to understand the challenges faced by those who lead our armed forces.

History has the remarkable ability to peel back contemporary thinking and drill down to facts. Both Harry S. Truman and Eisenhower had similar low approval and performance ratings when they left office. The popular opinion of Truman was roughly 29%. For Eisenhower, while popular, he was thought more of as grandfather figure who was not up to the demands of the job.

It is interesting that they both came to know each other quite well after Truman became president in April 1945. For a time of approximately seven years, they exhibited enormous respect for each other’s abilities. That all changed when Eisenhower ran for president in 1952 as a Republican.

In many ways, Eisenhower came to the opinion that politicians do not fully understand it is virtually impossible to fight a limited war. In 1953, six months after he had been inaugurated, he ended the fighting in Korea which had been going on since 1950. He did so by indicating that he would use nuclear weapons to end it. The armistice never led to a peace treaty.

Some historians think of Eisenhower as being cold blooded and that is supported by comments from his son John Eisenhower. It is hard for me to believe that. In the D-Day planning for June 1944 it was estimated that the loss of paratroopers who were being dropped behind enemy lines would be as high as 30%. This weighed heavily on him and became apparent when he told his aide that he wanted to visit the assembly area for the 82nd Airborne Division leading this part of the invasion. Generals do not normally stop what they are doing to send off troops going into battle.

There are many photos of Eisenhower walking among the paratroopers and talking to them. The young men making that jump knew what the chances were of being badly wounded or killed. Eisenhower smiled as he walked among them and they smiled back. He was saying in actions rather than words, I hope we see each other again, and if we do not, I thank you for the great sacrifice you are about to make.

Eisenhower served his country practically all his adult life. He and his wife Mamie never owned a home until he stepped down as president. Their home in Gettysburg, Pennsylvania, is now open to visitors.

According to Steve Neal, author of “Harry & Ike: The Partnership That Remade the Postwar World,” Eisenhower and Truman rekindled their friendship towards the end of their lives. The same author said that while Truman was president, he asked Eisenhower to run for president as a Democrat in 1948 and he would step down in favor of him rather than going for a second term.

“The Complete Book of U.S. Presidents” includes the results of a 1982 poll of 49 historians conducted by the Chicago Tribune, which ranked Eisenhower 9th. This was a notable difference from a 1962 Arthur Schlesinger Jr. poll that ranked Eisenhower 22nd.

In an article written by Chester J. Pach, Jr., associate professor of history for the Miller Center at the University of Virginia, two additional polls are cited. “By 1994 Eisenhower placed 8th, the same position he held in a C-SPAN poll of presidential historians in 2009. Among presidents who held office in the last 75 years, Eisenhower ranks behind only Franklin D. Roosevelt and Harry S. Truman.”

As historians discover more records and papers to examine, it has given them a better understanding of what Eisenhower was thinking during his presidency. When he stepped down, I had already graduated from college and had spent four years in the Marine Corps. I remember what many of my contemporaries were saying about him. They always talked about the putting green he had built on the White House lawn and the many times he went fishing, leaving the assistants to do most of his work.

As I read through history books, I have become more mindful that he spared us from war when I was on active duty. For that alone I am grateful. Some of those I served with died in Vietnam and had I accepted a regular commission in 1958, I could have been one of them.

He now gets the credit he deserves for preserving peace and prosperity. Historians agree he preferred to work behind the scenes. He advanced civil rights and his personal military aide, who was an African American, continued to work for Eisenhower for the rest of his life.

Upon Eisenhower’s death, Truman paid public tribute to his accomplishments. “General Eisenhower and I became political opponents but before that we were comrades in arms, and I will not forget his service to this country and to Western Civilization. He led the great military crusade that freed Western Europe from Nazi bondage, and then commanded the allied forces that stood guard over the liberated lands until they regained their strength and self-reliance. For these achievements, which brought him the highest office and highest honors in the land, he must be long and gratefully remembered.”

“Harry & Ike: The Partnership that Remade the Postwar World” by Steve Neal

From the Editor’s Desk: Diversity and Innovation Rule Even in Difficult Times