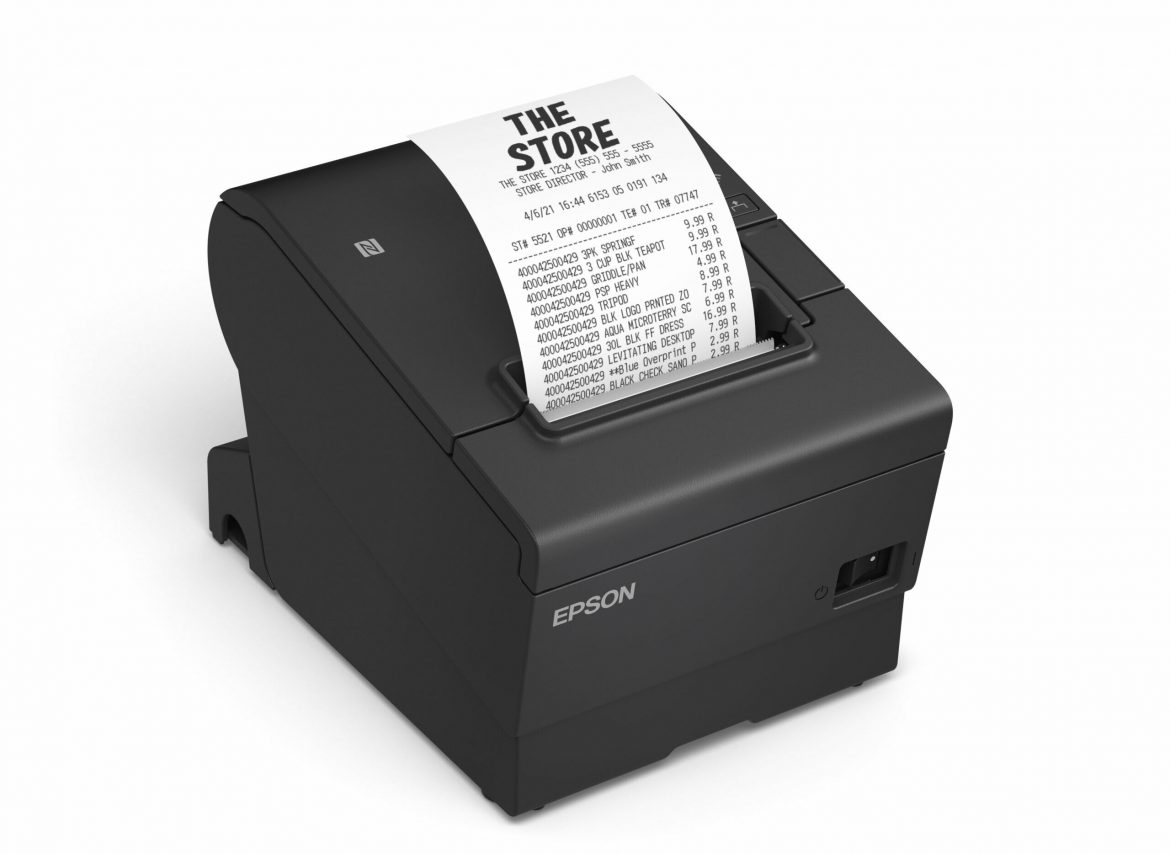 “When it comes to completing customer transactions and keeping lines moving, we understand that time is money and merchants need a printer they can depend on for high-volume checkout environments,” said David Vander Dussen, product manager, Epson America. “The new OmniLink TM-T88VII was designed for incredibly fast print speeds, reliability, advanced functionality, and flexible connectivity to help merchants best serve customers. But this printer is not only good for merchants and customers, it’s also good for business.”

The OmniLink TM-T88VII replaces both the TM-T88V and TM-T88VI POS receipt printer models. The new model delivers print speeds up to 500 mm/sec and a high-speed auto cutter, as well as a long printhead and auto cutter life and a four-year limited warranty.

The OmniLink TM-T88VII can be shared with fixed PC-POS terminals as well as mobile devices and cloud servers at the same time. With the vertical mounting kit, the printer has configuration options and can connect to almost any system with built-in Ethernet and USB, along with options including Serial, Parallel, Powered USB, and Wi-Fi.

The OmniLink TM-T88VII has streamlined the setup process with an improved Epson TM Utility app – available on both PC and mobile devices – which includes a new set up tool for configuration and deployment of new printers. In addition, the Epson TM Utility app enables integrators to upgrade from prior T88 models to the TM-T88VII without losing pre-configured settings and disrupting existing workflows.

How Curiosity Has Shaped the Cannata Report’s 2021 Women Influencers

IT Tuesdays: the 8 Principles of Security Leadership