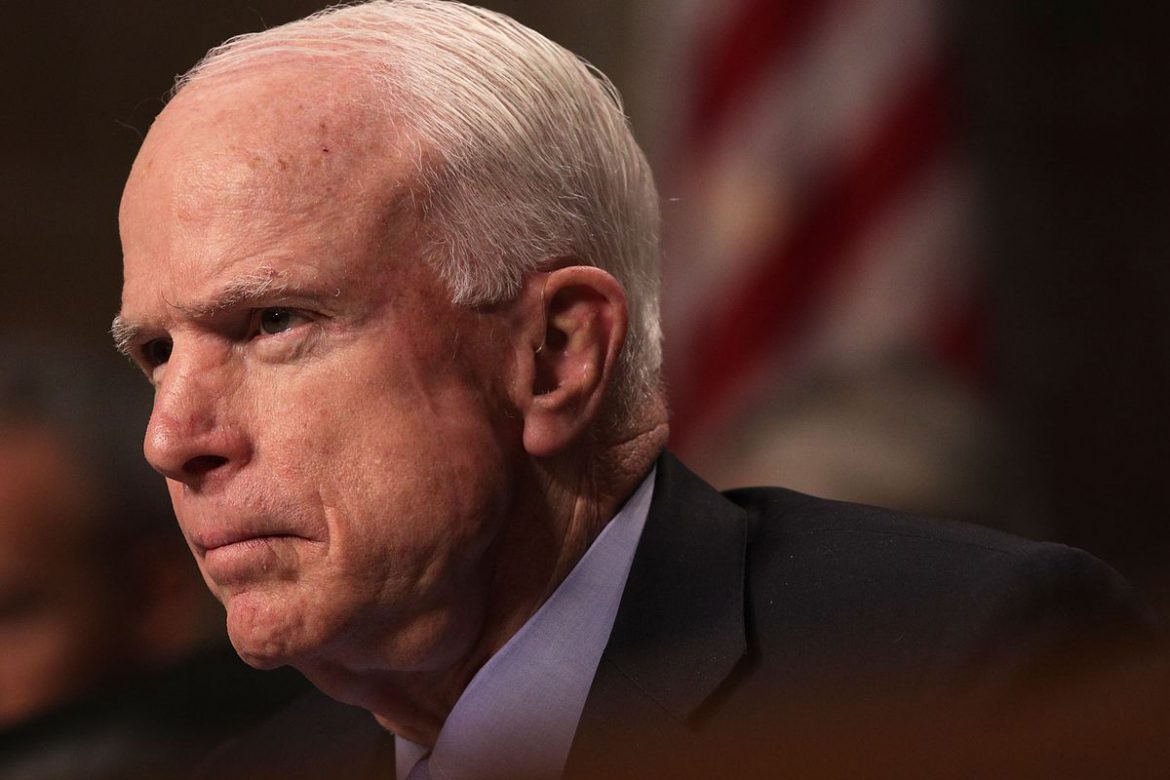 On Sunday September 2, 2018 an American hero was laid to rest. The son and a grandson of four-star admirals elected not to be buried with his father and grandfather at Arlington National Cemetery but rather at Annapolis.

His plot was purchased by his wingman, Admiral Chuck Larson, who passed away in 2014, so that they can lay together for all eternity. The choice of where Senator McCain’s remains were laid to rest was in no way disrespectful of his family but reflective of the life-long bond veterans have for each other.

It was as if Admiral Larson was saying welcome home John now you can relax and enjoy a place we came to love more than 60 years ago. It is what one veteran will do for another and was more than symbolic as these men were truly brothers.

In the political discourse John McCain’s actions were viewed, by some, in terms of the level of allegiance to his party. I am referring to those candidates who are campaigning for the seat he once held in the senate. They did not have the decency to wait until after he was buried to attack his service.  Instead, we choose to pay homage to a sailor who served his country with great distinction.

The term hero is loosely tossed about. John McCain is and was a hero for his steadfast belief in serving our country with honor and a sense of duty to the uniform he wore. Most everyone knows the story of how he was offered a release from prison simply because he was the son of the Admiral in charge of the Pacific Theater. His response was “I will accept if you release everyone who has been a prisoner of war longer than I have.” The North Vietnamese promised him he would regret his decision and resumed their torture.

McCain was following a code that was developed after the Korean War. Prisoners of war could only accept freedom if all those who had served longer than they had were released. I speak for every Marine I know and everyone that I served with in saying that we would be proud to stand tall and salute a man who taught us how to live and to die. Most of all he taught generations to come how to serve his country in the most difficult of circumstances. In McCain’s case he did so as a prisoner of war by a country that had no use for the Geneva Convention.

That he further led the fight to reestablish normal diplomatic relations with Vietnam under the Clinton administration once again demonstrated the sense of personal sacrifice by choosing to do what he believed was best for our country.

John McCain was a veteran and he had the back of every veteran who had done his duty. The laws he sponsored and fought to have passed that help those that have served, speak for themselves. For any American to measure him in any other way does a great disservice to all veterans for in the end we are all a band of brothers.