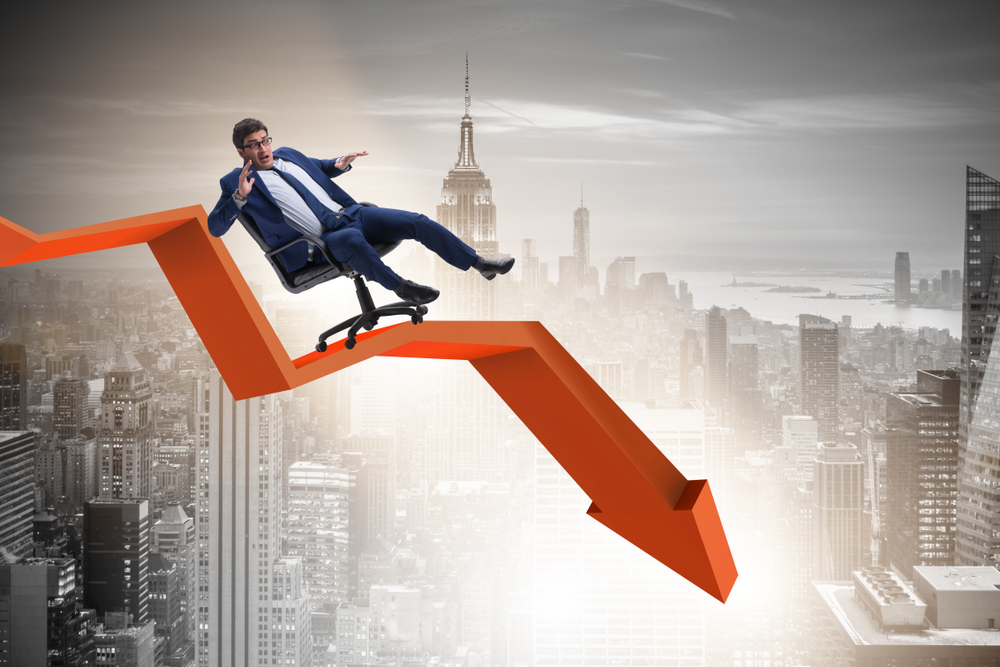 Economics Watch: Conditions in Place for the Fed’s Slowdown

Is a recession looming?

For a time, markets and asset prices proved surprisingly resilient in the face of the Federal Reserve’s efforts to cool off the economy. However, conditions have now fallen into place for sustained below-trend growth. As a result, there is a substantial risk of a recession sometime in 2023. Moreover, some markets are showing increased volatility and other signs of stress. As is often the case, the economy’s most interest rate-sensitive sectors, notably housing, will slow the most.

The average 30-year mortgage rate rose to over 6.7% in late September, its highest since 2007. However, the housing sector was cooling off substantially even before the sharp upward in rates in late September. Data from the National Association of Realtors show existing home sales falling every month since January. By August, they had dropped 20% below 2021 levels.

House prices have also started to decline. Considering the enormous run-up in prices seen in recent years, this is the leading edge of what is likely to be a long and painful correction. House prices are not the only asset undergoing depreciation. The S&P 500 dropped 15% from mid-August to the end of September.

Declines in the prices of assets such as homes and equities are the primary mechanism through which changes in monetary policy impact the economy. As a result, the Federal Reserve has raised its primary policy rate, the fed funds rate, by 3% this year and is likely to increase it by at least another 1% during the remaining months.

Other markets have also responded to this tightening of monetary policy. As a result, the dollar has appreciated significantly against most other major currencies. In the case of European currencies, some of their depreciation against the dollar has reflected concerns about the impacts of sharply higher energy prices on their economies and the possibility that energy supplies may become even more of a problem this winter. Whatever the underlying reason, the dollar’s strength will make it more difficult for U.S.-based firms to compete in international markets.

So far, job growth has remained robust, with non-farm payrolls rising an average of 438,000 in the first eight months of the year. This is a substantial rate of job creation by any standard. However, given the financial headwinds described above, it is only a matter of time before job growth slows.

The Federal Reserve’s underlying goal is to bring inflation back down to its target of 2%. While energy prices are well off their highs of July, the rest of the news on inflation has not been good. The Consumer Price Index has increased by 6.3% in the past year, excluding food and energy prices. In addition, there are indications that supply chain problems have eased, and this has allowed inflation for manufactured goods to show some signs of deceleration. However, inflation for services (including rents) continues to be problematic.

The Fed’s goal is to engineer a “soft landing” or mild recession, which produces some easing of labor market tightness. Fed Chairman Jerome Powell stated that he thinks inflation can be controlled without a “major” recession. The challenge is that those market downturns and recessions can develop a downward momentum of their own. The heightened volatility seen in late September could be a warning sign. Negative market psychology and business pessimism have a way of becoming self-reinforcing.

To avoid this scenario, the Federal Reserve will have to be nimble. However, it also needs to consider that inflation will only gradually adjust to changing economic conditions. For example, rental inflation tends to move much more slowly to housing market changes than house prices. This is partly due to the methodology used in the Consumer Price Index to measure rental inflation. Given these lags, rental inflation may not peak until early 2023. But conditions are already falling into place for it to start declining at some point next year.

The good news for the Fed is that inflation expectations (as measured by inflation-linked bonds) have been declining since April. In effect, the market is giving the Fed a vote of confidence concerning its efforts to control inflation. This situation, in turn, means that the Fed can curtail any additional tightening should market conditions turn chaotic.