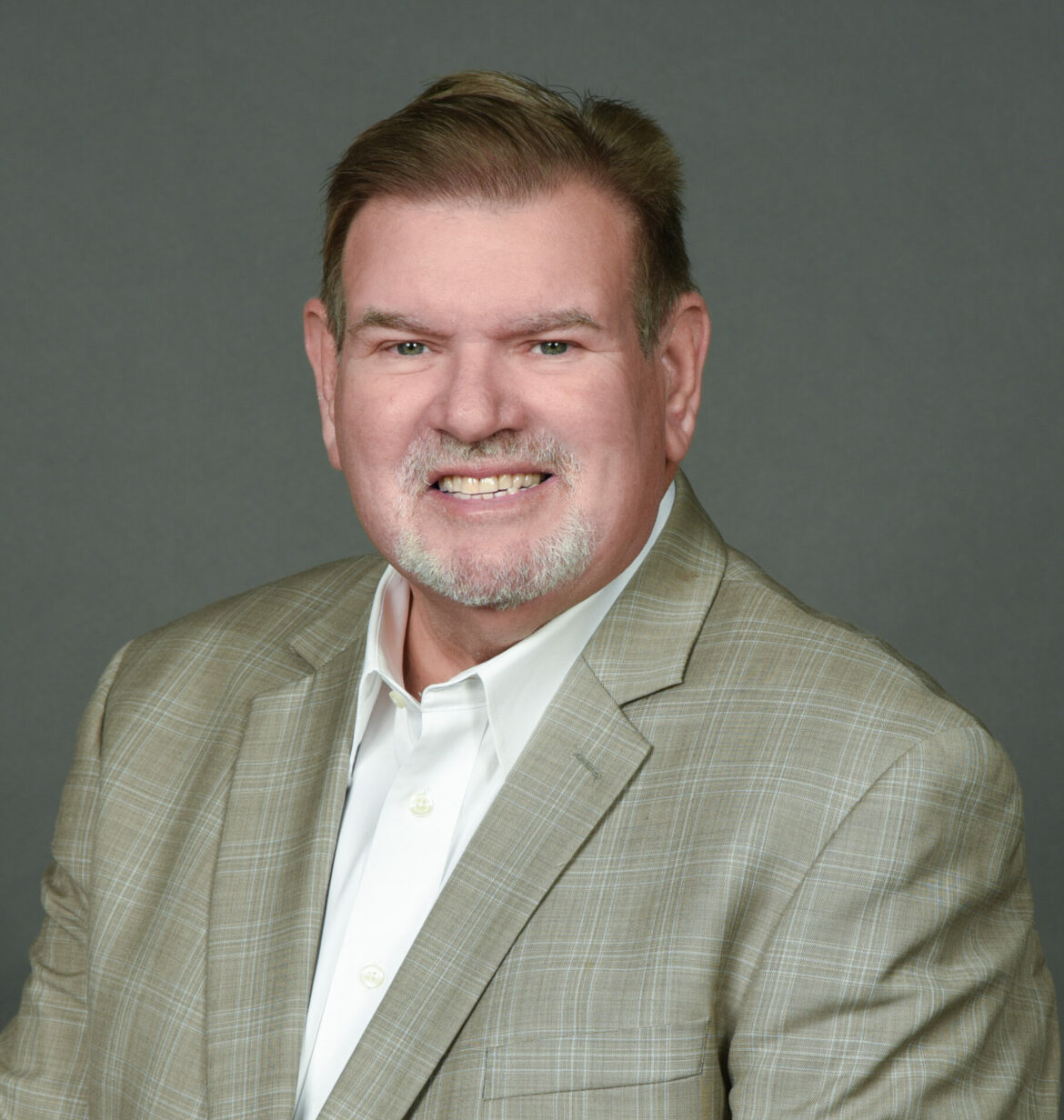 Last month, Carol and I were invited to a retirement party for Mike McGuirk, former president of ProCopy, now a Flex Technology Group company. Mike’s wife Kelly planned this event, and we were thrilled to join the party to give Mike a good send-off. 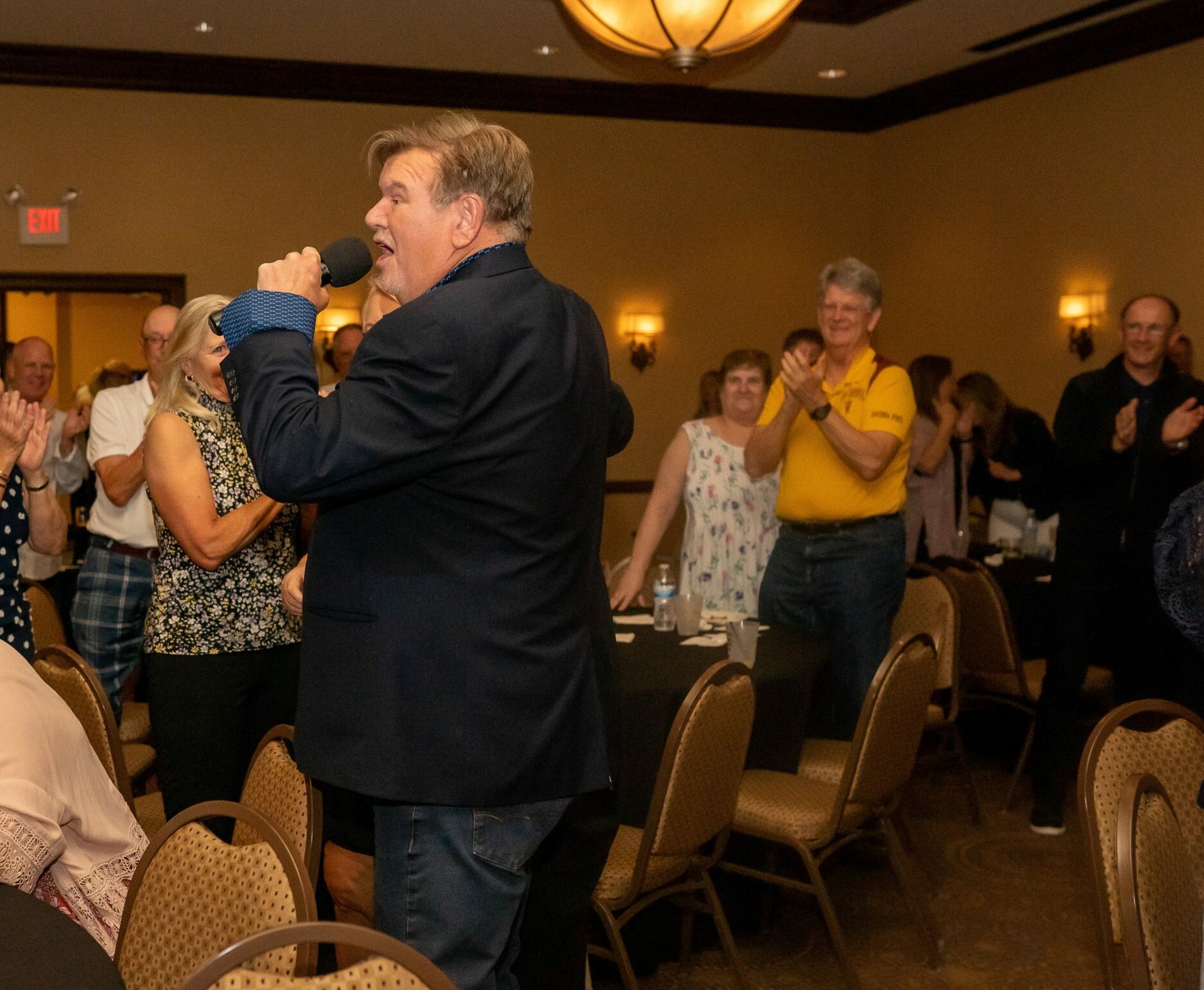 Above: Guest of honor Mike McGuirk thanks everyone for helping him celebrate his 40-year career in the document imaging industry.

Having been in this business for more than five decades, we have attended many retirement parties for dealers in the past. One special event that comes to mind was for Roger King, former president of EO Johnson, in 2019. This incredibly special pre-pandemic event included a great number of industry people that traveled from near and far to attend.

Similarly, it was impressive to gather together with over 200 guests from across the industry—from manufacturers to dealers, and even the press—and country, who all came to wish McGuirk well. Also attending were Frank Gaspari, CEO of FlexPrint, and many of those from ProCopy who had worked with Mike. 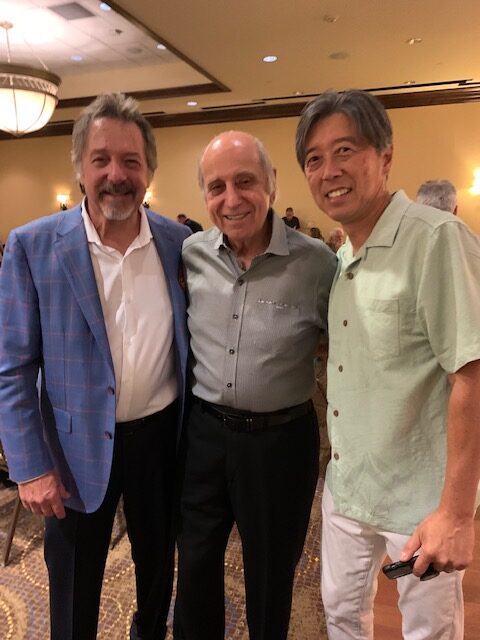 Kelly served as the master of ceremonies and introduced five speakers, starting with industry veteran Mike Stramaglio and finishing with Gaspari. Stramaglio kept us laughing, starting his comments off with congratulations, which evolved into a collection of well-received comedy sketches. The whole event was great fun, and we enjoyed reconnecting with many friends and colleagues, past and present, after a long hiatus due to the pandemic.

Last month, I wrote about another person retiring after 35 years in our industry, Jim D’Emidio of Konica Minolta. Much like Mike McGuirk, industry friends—from those who worked with him to the dealers he partnered with at Muratec and Konica Minolta—care deeply about Jim as well. From my perspective, it speaks well for our industry that we have such high-quality individuals who are widely respected across the independent dealer channel. Over the years, we’ve been privileged to get to know Roger, Mike, and Jim quite well. They are class acts.

I’ve been involved in the copier world for 51 years, collaborating with dealers for many of them. As I reflect back over the decades, I remember many who gave so much to their families, employees, and business friends. What is common among these industry veterans is their true concern for their employees and their highly valued customers. They were open to listening to their concerns and complaints and valued their input. They had a clear understanding of what the channel provided to their respective customers and would encourage their employees to be mindful of the same.

One story that I often recount is about Sam Kusumoto of Minolta who came to the United States in 1955 with a suitcase full of cameras to begin camera distribution under the Minolta label. This man built a company that was as fine a place to work for as you could find. Sam made it known to the Minolta dealers that they could call him anytime with their complaints and concerns. One day, a dealer took him up on that offer and telephoned Sam. The dealer complained that he felt he was treated badly simply because he was a dealer. Kusumoto was concerned that any one of Minolta’s employees was treating dealers in a disrespectful manner. He was so distressed that he hired a consulting firm known for its expertise in employee-customer relationships. The consultant’s report came back, and Sam called for a meeting in the company auditorium. He wanted all the employees to attend. When they were assembled, Sam recounted the conversation with the dealer and reported that he had hired a consulting firm to see if this was a widespread practice among Minolta personnel. Sam’s inference was that it was. He read the last sentence of the consultant’s report to the audience: Instruct all your employees to immediately stop referring to them as dealers and call them customers!

When I think back over the careers of Roger, Mike, and Jim, I could share any number of stories about them, and they all relay the same message. They treated dealers as valued customers and would not tolerate anything else. Yet, they didn’t stop there. They fostered and supported open communication, and allocated sufficient resources for their sales and service teams to support their customers. They also acknowledged not only the contributions of the distribution side but also the employees who obtained the most positive results in their respective areas.

Other common characteristics among our tenured industry veterans include never speaking ill of the competition, always treating people with the utmost respect, allowing others to be more visible at meetings than they were, and making clear that whatever successes they realized were due to the contributions of the team, not the individual.

Those are the values that I prize highly. Others may choose to focus only on results. In the business world, one could argue that results are the most important. However, we know that nobody does anything alone. Great leaders inspire with positive motivation and energy that always leads to impressive results. Looking back over all these years, we have been fortunate to have a front-row seat to some of the best performances by industry executives, and common decency was the dominant trend across all of their accomplishments.

Roger, Mike, and Jim exemplify our industry’s values, and that is exactly why these gentlemen deserved their extraordinary send-offs.

A note from Frank: When I wrote about Jim’s recent retirement, I cited a list of manufacturer executives and inadvertently left out Nori Ina Kyocera, who was equally a great contributor to our collective success.