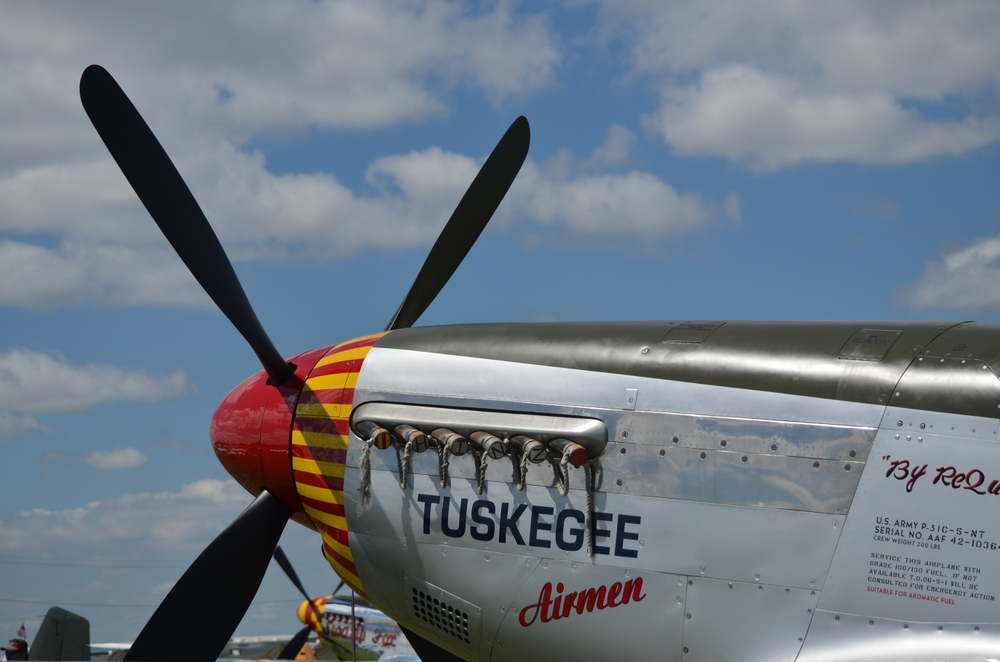 Charles McGee, a decorated military pilot with the pioneering all-black Tuskegee Airmen who flew combat missions in three wars, died Sunday January 15, 2022. He was 102. McGee died peacefully in his sleep, his family said in a statement obtained by Reuters.

“He had his right hand over his heart and was smiling serenely,” his youngest daughter Yvonne McGee said in a statement released by a spokesperson.

McGee flew 409 fighter combat missions during World War II, the Korean, and Vietnam wars. His amazing career began with the Army Air Corps in 1942, when at the age of 23 he became one of the first black military aviators known as the Tuskegee Airmen.

For the training site, the War Department chose the Tuskegee Army Airfield in Tuskegee, Alabama, then under construction. Home to the prestigious Tuskegee Institute, founded by Booker T. Washington, the airfield was located in the heart of the Jim Crow South.

McGee along with many of his fellow airmen who were students at Tuskegee University as well as many other universities made military history. The program’s trainees, nearly all of them college graduates or undergraduates, came from across the country. The Tuskegee Airmen were the first black military aviators in The U.S. Army Air Force. In addition to some 1,000 pilots, the Tuskegee program trained nearly 14,000 navigators, bombardiers, instructors, aircraft, and engine mechanics, control tower operators and other maintenance and support staff, according to History.com.

They were trained well and built an impressive record, flying more than 15,000 individual sorties in Europe and North America during World War II. Their impressive performance under fire earned them more than 150 Distinguished Flying Crosses and helped encourage the eventual integration of the U.S. armed forces, according to Wikipedia.

Carol Cannata’s Uncle, Captain Angelo Giambusso, was a navigator on a B-24 Liberator bomber who flew 50 missions during World War II. His squadron was heavily involved in bombing the Ploesti oil fields in Romania. The first raid in August 1943 was a disaster with extremely heavy casualties. Those missions were flown out of Libya. Giambusso said he was lucky that he reported for duty after the initial raid.

The attacks on Romanian oil fields and refineries were restarted in early April 1944. The airfields seized by the Allies in southern Italy shortened the distance to Ploesti considerably. The flight was only half as long as before. The recently created Fifteenth Air Force could also send heavy bombers there with new P-51 Mustang fighters supplying protection the entire way. There were Tuskegee airman in those P51 Mustangs, the most advanced fighter aircraft in World War II. It was one of the fighters that saved Captain Giambusso and the crew of his badly damaged B-24.

In his memo he wrote, “We were flying back to our base in Italy from a raid on the oil fields and were heavily damaged but still able to fly at a much slower speed. We would have never made it back were it not for the Tuskegee Airmen who flew cover on our missions.”

General McGee was among only a few pilots to fly missions in all three wars. “You could say that one of the things we were fighting for was equality,” he told The Associated Press in a 1995 interview. “We knew we had the same skills or better.″

Secretary of Defense Lloyd J. Austin III was one of the first to comment on General McGee’s passing. “Today we lost an American hero and one of the last surviving Tuskegee Airmen. While I am saddened by his loss. I am also incredibly grateful for his sacrifice, his legacy, and his character. Rest in peace, General.”

After turning 100, McGee was promoted to the one-star rank of brigadier general under a congressional measure signed by then-President Donald Trump.

His family and this country can take a great pride in what McGee represented. He was part of a group of dedicated young men who only wanted to serve their country. When the military draft was instituted, African Americans were placed into segregated units and ordered to perform laborious and dangerous jobs such as loading ships laden with ammunition, driving trucks under fire and, and working as stewards on ships serving officers.

It seems that in every war we have ever engaged with an enemy up to World War II an all-black and brown unit proved more than able to stand up to the pressure and fought bravely and with distinction. See our article on the Harlem Hellfighters in the upcoming February issue of The Cannata Report.

On July 26, 1948, President Harry S. Truman signed executive order 9981 establishing the President’s Committee on Equality of Treatment and Opportunity in the Armed Services, committing the government to integrating the segregated military. The efforts of the men such as General McGee and his fellow Tuskegee Airmen had something to do with that.

General McGee is survived by his three children, 10 grandchildren and 14 great-grandchildren. He leaves them with an incredible legacy and one that could all be very proud of.