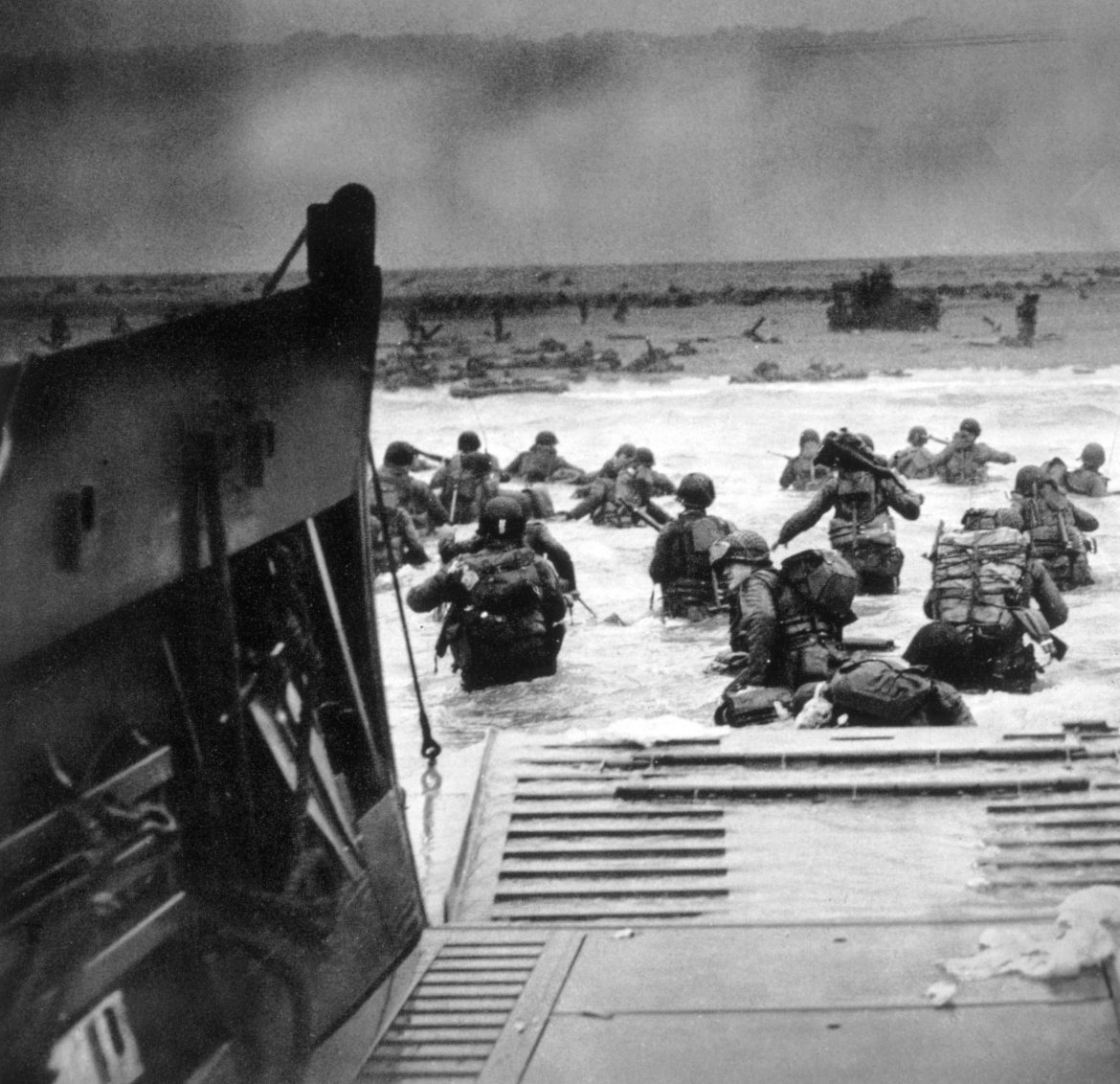 Seventy-six years ago this past Saturday, Allied Forces invaded France’s Normandy Coast. The country was occupied by Germany which had heavily fortified positions over five beaches which stretched 50 miles.

There are many subplots to this story, and everyone speaks of the extraordinary courage of those who made up the invasion force and their leaders. Indeed, everyone played an important role.

Referred to as Operation Overlord, the invasion raged from June 6 (D-Day) when 156,000 American, British, and Canadian forces landed on the beaches and lasted until August when all German resistance ended in the Normandy region.

When you consider air and naval force personnel, more than three million men were involved in the greatest over water operation in history. Aside from those that were in the landing force, naval losses were also high as ships were sunk by German shoreline artillery and motor torpedo boats. Pilots were killed and wounded when their planes were shot down.

The invasion was the largest amphibious assault in history and required extensive planning. Prior to D-Day, the Allies conducted a large-scale deception campaign designed to mislead the Germans about the intended invasion target.

A total of 4,414 Allied deaths were recorded on June 6th. Of that total, 2,501 were Americans and 1,913 were Allies. If the figure sounds low, it is probably because we are used to seeing estimates of the total number of D-Day casualties, which includes fatalities, the wounded and the missing.

Most of the men who died perished in the first waves of the attack. The first soldiers out of the landing craft were gunned down by German machine guns. Once those pillboxes were destroyed and the machine guns silenced, the later waves of troops faced far better odds.

Among the stunning losses of those first-wave soldiers were 19 young men known as “The Bedford Boys.” The U.S. Congress chose Bedford, Virginia as the site of the National D-Day Memorial because it suffered the highest per capita D-Day losses of any community in the nation. The 19 Bedford Boys were mostly National Guardsman who were some of the first to land on Omaha beach.

General Eisenhower fully expected casualties would be much higher as part of Operation Overlord—a full division of paratroopers who would land behind German lines via parachute and gliders. He was told the number killed or wounded would reach over 4,000.

When told of that estimate he ordered his car to take him to the assembly point where the paratroopers were to board their planes. He walked among these brave men fully understanding that he was sending many of them to their death. His being there told them how much he valued the importance of what they were doing and the sacrifice that many would have to make.

The paratroopers’ job was to prevent the beaches from being reinforced by tanks, artillery, and infantry. He was immensely relieved when the actual number of those killed and wounded were far less than it was projected to be.

As Allied Commander in Chief Eisenhower had to give the order to begin the invasion under difficult weather conditions which did not make the task any easier. As a military man he had to accept that the landings could be repulsed by the Germans and Operation Overload would be a disaster.

As they stormed the beaches, Eisenhower’s words summed up the incredible significance of their mission:

“You are about to embark upon a great crusade, toward which we have striven these many months. The eyes of the world are upon you,” he wrote, “we will accept nothing less than full victory! Good Luck!”

But there is another letter that he set aside “in case of failure.” What if we lost?

General Eisenhower had doubts in the face of a “well trained, well equipped and battle-hardened” enemy. If the invasion of Normandy failed, this is the message he would have relayed to the public. How different the world would be?

“Our landings in the Cherbourg-Havre area have failed to gain a satisfactory foothold and I have withdrawn the troops. My decision to attack at this time and place was based upon the best information available. The troops, the air and the Navy did all that bravery and devotion to duty could do. If any blame or fault attaches to the attempt it is mine alone.” Eisenhower accidentally dated the letter July 5. It should have been June 5.*

This is what true leaders do when they lead people into action. They credit those that achieve victory and accept full responsibility for any possible loss.

By late August 1944, northern France had been liberated, and by the following spring the Allies had defeated the Germans. The Normandy landings have been called the beginning of the end of war in Europe.

Let us take a moment and honor all those who have sacrificed their lives so that we could enjoy our freedom by vanquishing our foes.