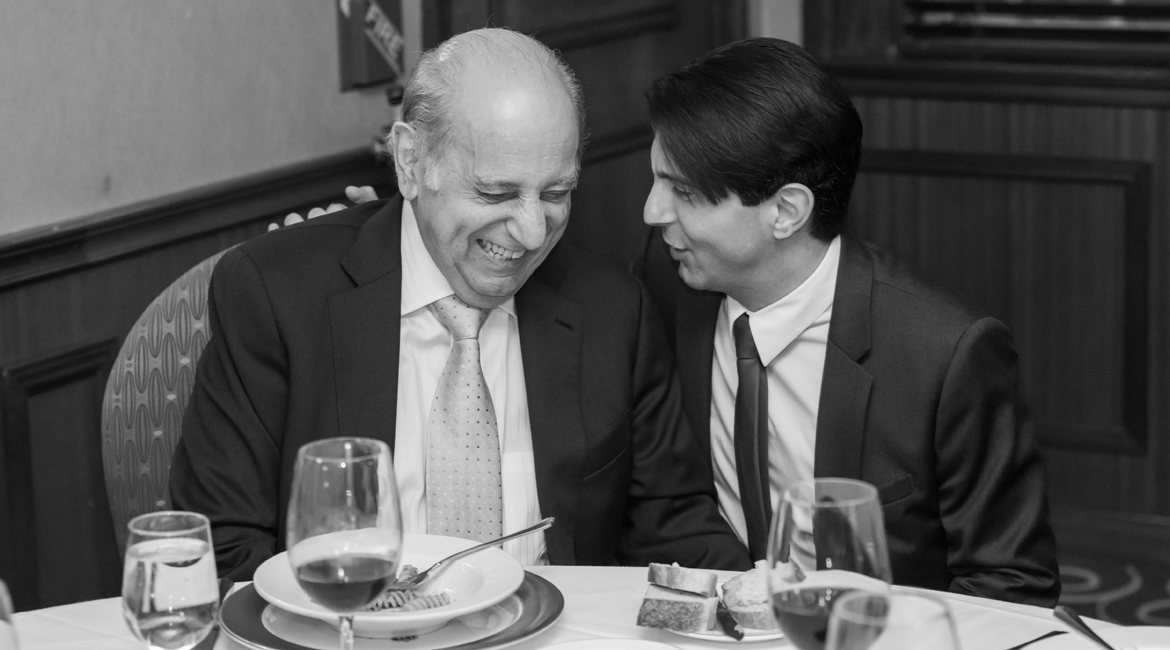 CJ Cannata interviews Frank Cannata about his favorite interview subjects and industry events, memorable product introductions, and the future of The Cannata Report.

What better way to celebrate the release of the 400th issue of The Cannata Report, than by interviewing the man who made it all possible, Frank Cannata. We hope you enjoyed Part I of our interview in our May issue. This month we share more of Frank’s recollections and opinions of the past 38 years and 400 issues.

CJ: During The Cannata Report’s first decade, who was your favorite American executive to interview?

FG: Joe Castrianni, who was the VP and GM of Sharp Copier products, and who started the Sharp copier division in the U.S. in 1975.

FC: Fujio Mitarai, when he was with Canon USA.

FC: There is actually a handful. First, Herb Chambers of A-Copy, based in the Hartford, Connecticut metropolitan area. Second, although I never formally interviewed him, I spent a lot of time with Steve Schloss, formerly of Leslie Supply company in Long Island. And the third was Art Schafer, Business Services of Utica, who was one of the wisest men I’ve ever met. I’d also add Lou Scantland, founder of DOCUmation, and Jerry Mathwig of Metro Sales in Minneapolis.

CJ: What are some of your favorite issues?

FG: I am very proud of our first dealer survey issue in 1986. I am also proud of the Hanover Fair issues we published over the years, particularly in the 80s, because during that period there was an increasing rollout of improved technology in the copier segment.  I feel those issues provided our readers with the best possible information and news. More recently, I would highlight our Women Influencers issues.

CJ: Aside from the executive leadership teams of the manufacturers, who are some of the current leaders you are most impressed with, or have enjoyed covering in The Cannata Report?

FG: First, I’d have to say I’ve been most impressed with the leasing company executives like Tony Golobic of GreatAmerica and Dave Verkinderen of US Bank. Tony taught me the virtue of patience in building a business. Dave taught me the nuances of how to work more effectively with dealers.

Second, I’d have to say Guy Gecht, the former CEO of EFI, and Frank Mallozzi, current CRO of EFI. Mallozzi taught me a great deal about Fiery technology and introduced me to another realm of our industry – high-end production, and commercial and industrial print, which is the future of our industry.

I learned from all of these executives by watching – as well as listening.

CJ: What are the three key principles or best practices – pick one or the other you learned about being an entrepreneur from dealers?

FG: From listening to dealers who started their businesses out of their basements, garages, and cars, I came to realize that I could do something similar and start my own business. I may never have thought of going into business for myself if it weren’t for these dealers. The second thing I learned was to create the illusion that you’re bigger than you are. The third thing was and is total commitment.

CJ: Who was your most memorable interview?

FG: The one interview that I would say stands out most in my mind would be Anne Mulcahy, who executed a brilliant turn around at Xerox and strategically outlined how the company was going to recover financially. She executed with commendable efficacy.

CJ: What are the three most memorable new product introductions you covered in The Cannata Report?

FC: The first was not so much a single product, but the introduction of facsimile in the mid-80s. That had such a substantial positive impact on the dealers. The second would be when Canon introduced its first digital copier in 1993. The third would be the introduction of digital cut-sheet presses in the early 1990s.

CJ: What companies do you think missed the mark over the years in the dealer channel?

FG: I would say Panasonic – specifically in the late 80s, early 90s when they introduced copiers. The company at that time was at its peak in terms of brand name, market acceptance, and certainly had the technology to be a leader and they basically starved the copier division and gave more emphasis to their consumer electronics.

CJ: What do you feel are some of the most memorable industry events you’ve attended over the years?

FG: I started attending the NOMDA show as a Saxon DSM, just before I went to Canon in 1973. After that, I attended it every year until it became the Business Technology Association. The NOMDA national conventions were an amazing experience because all the manufacturers were there trying to build their distribution and the parties and celebrities that they had there – at notably enormous expenditures. And, most important, you couldn’t walk two or three feet without bumping into someone you knew. Keep in mind, this was decades before the information age. And the NOMDA show was responsible for building all the offshore manufacturers’ distribution. That was the best.

CJ: Looking across all industry segments and beyond, what do you feel are the most important products, services, and innovations today for dealers?

FG: Let’s take these into two different categories – hardware and software. The acquisition of VUETk by EFI and the introduction of large format by EFI in 2005, which ushered in the era of industrial print for the imaging industry, though there were other people involved. Because they had the Fiery technology, the VUTEk technology was immediately improved with the introduction of the specially-designed Fiery front ends as well as virtually all the other hardware technologies EFI has acquired to date. On the software side, I would have to say the introduction of eCopy, which ushered in the MFP into performing as an integrated communication device within the office.

CJ: The industry has changed a lot during these past 400 issues, and it’s going to change a lot more because of current events. What do you think dealers in the year 2025 will be reading about in The Cannata Report?

FG: The hot button will be industrial print, in particular for a distribution that has been severely depleted by COVID-19.

CJ: How has your role evolved from when you launched the first issue to now?

FG: From doing everything to being more of a staff writer! We’ve been publishing for 38 years [in business for 41], and up until seven years ago, when CJ joined us, I made every decision that had to be made. Today, between CJ and Carol, I have very few decisions to make as CJ now does the primary decision-making along with our Editor-in-Chief Scott Cullen and our executive team.

CJ: It’s no secret that you are deeply committed to U.S. military veterans’ related causes and issues. What is the inspiration for your commitment?

FC: I was fortunate to serve with veterans of World War II and Korea. In my heart they are deserving of our greatest possible admiration and respect. That is how I chose to honor their memory.

CJ: If you could invite five people from our industry who have retired or are no longer with us to a dinner party, whom would you invite?

FG: Fujio Mitarai, the founder of Canon, Inc., Sam Kusumoto who introduced Minolta cameras in 1955, having come to the U.S. at that time with a suitcase full of cameras, Ursula Burns and Anne Mulcahy, former CEOs of Xerox, and Joe Castrianni – my boss at Saxon who later ran Sharp and finished his career at Panasonic.

CJ: When you’re not working,  I can attest is very rare and something I admire very much, what are some of your interests outside of the business?

FG: American history, service organizations and fundraising, professional football, college basketball, entertaining our friends at our home, and being married to Carol for 50 years.

CJ: Is there anything else we haven’t covered you’d like to share with our audience about our 400th issue milestone or in general?

FG: I’m extremely optimistic – and I often quote Charles Dickens’ opening sentence of “A Tale of Two Cities” – I think it says everything about where we are today. If history has taught us anything, this is going to be a two-year battle with COVID-19. I believe that fundamentally those of us who have an eye on the future and understand the importance of being innovative and responsive to the needs of their customers will not only survive but will reach new heights. The advancement of technology will not stop because of a disease – in fact, again, if you look a history, it will only continue to accelerate.

One final note – there is no way that I could begin to list the dealers who have been so instrumental in our success. They have not only supported us but continue to increase our knowledge and understanding of the imaging industry. They taught me how to persevere and build a business, and for that, I will always be grateful.