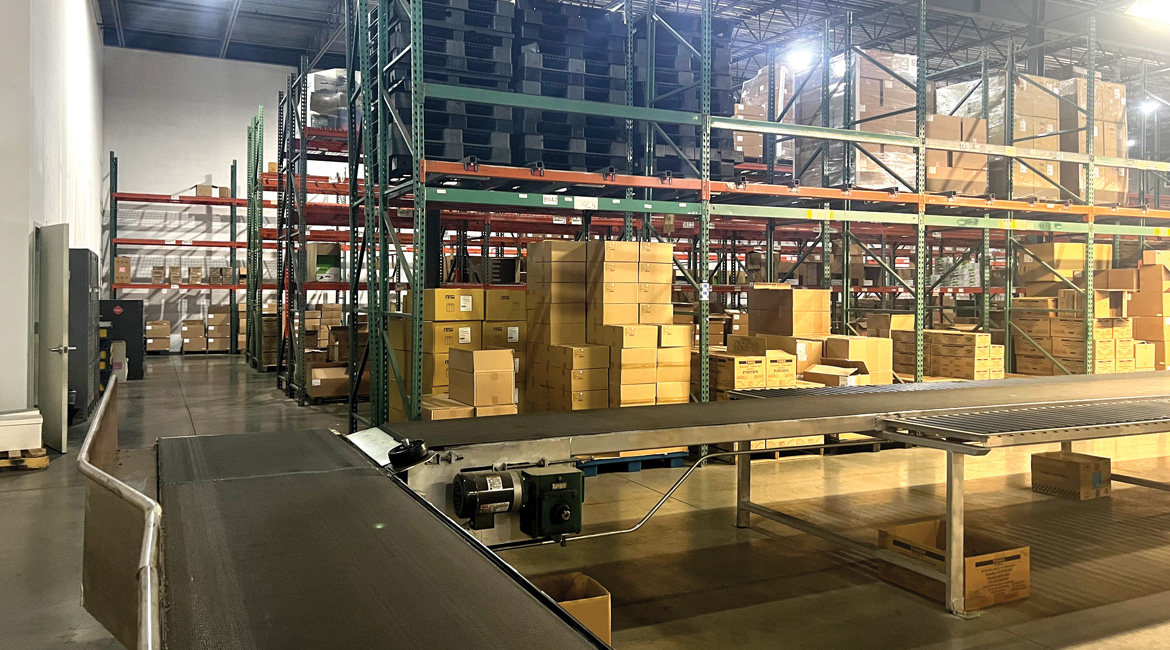 The company has been meeting dealers’ supply needs for nearly 50 years.

The amazing thing about being active in this industry for five decades is that it gives me a great perspective of how this industry has evolved and changed and how some great businesses have transcended over decades, allowing me to meet multiple generations of strong families. I was reminded of that when CJ and I visited Chris Polek, president of Polek & Polek, at his offices in Pine Brook, New Jersey.

Chris graciously gave us a tour of his facility, which overlooks a scenic pond. Of course, we talked about the founder of his company, his father, John Polek. I knew John when he was the national sales manager for Saxon Business Systems from 1970–73. I was employed by Saxon Industries when we met at a NOMDA regional show known as EROMDA (Eastern Regional Office Machine Dealers Association). John was one of those people you could get to know within a short period. And he knew what he was talking about. He learned early on about the high cost of parts and supplies OEMs were charging copier dealers. He also understood how critical service was for the success of all dealerships.

In the copier business of the 1970s, all of us were looking for better ways to make a buck. We liked the business and were not looking for another place to carve out a career. John’s idea was that if he could find out what factories were supplying parts and supplies to the manufacturers, he could produce high-quality parts and supplies for copier dealers at significant savings.

In that era, many entrepreneurs started their businesses in the basement, garage, or car. John launched Polek & Polek in July 1974 out of his garage. He partnered with Panasonic and developed a line of tungsten halogen lamps used in copiers. Over time, dealers asked Polek & Polek for high-mortality parts to make their service contracts more profitable. On the supply side, providing generic toner was equally important. Dealers recognized a long time ago that to maximize their sales success in copiers, they needed off-brands to constitute about 30% of total toner consumption. If dealers are going to mix in off-branded toner, they must rely on the product’s performance. Once again, Polek & Polek delivered by providing dealers with high-quality products. The company’s growth was evident as I watched its booth at the NOMDA convention expand to accommodate a growing array of products.

Chris started working full-time with his father in 1988. Before that, while in school, he learned the business by working there part-time. John left an incredible legacy to Chris of being a partner that dealers could trust. Today, Polek & Polek has a team of tenured employees who fully understand the products they offer to dealers. Chris introduced us to Mark Ruggieri, responsible for sales in 15 states. Ruggieri has been with the company since 1978, and it is refreshing to meet someone who knows us as well as he does. We also met Ana Gioffre, operations manager, who joined the company in 1990.

Businesses do not last 48 years without an enviable history of quality performance. John started his company five years before ours. We asked Chris to sum up Polek & Polek’s mission.

“Polek & Polek is in their sixth decade of serving the independent dealer community,” he said. “We work closely with independent dealers and earned a level of trust as the safe, reliable choice when using OEM alternative toners for your dealership.”

Fridays with Frank: Frank Responds to a Reader’s...