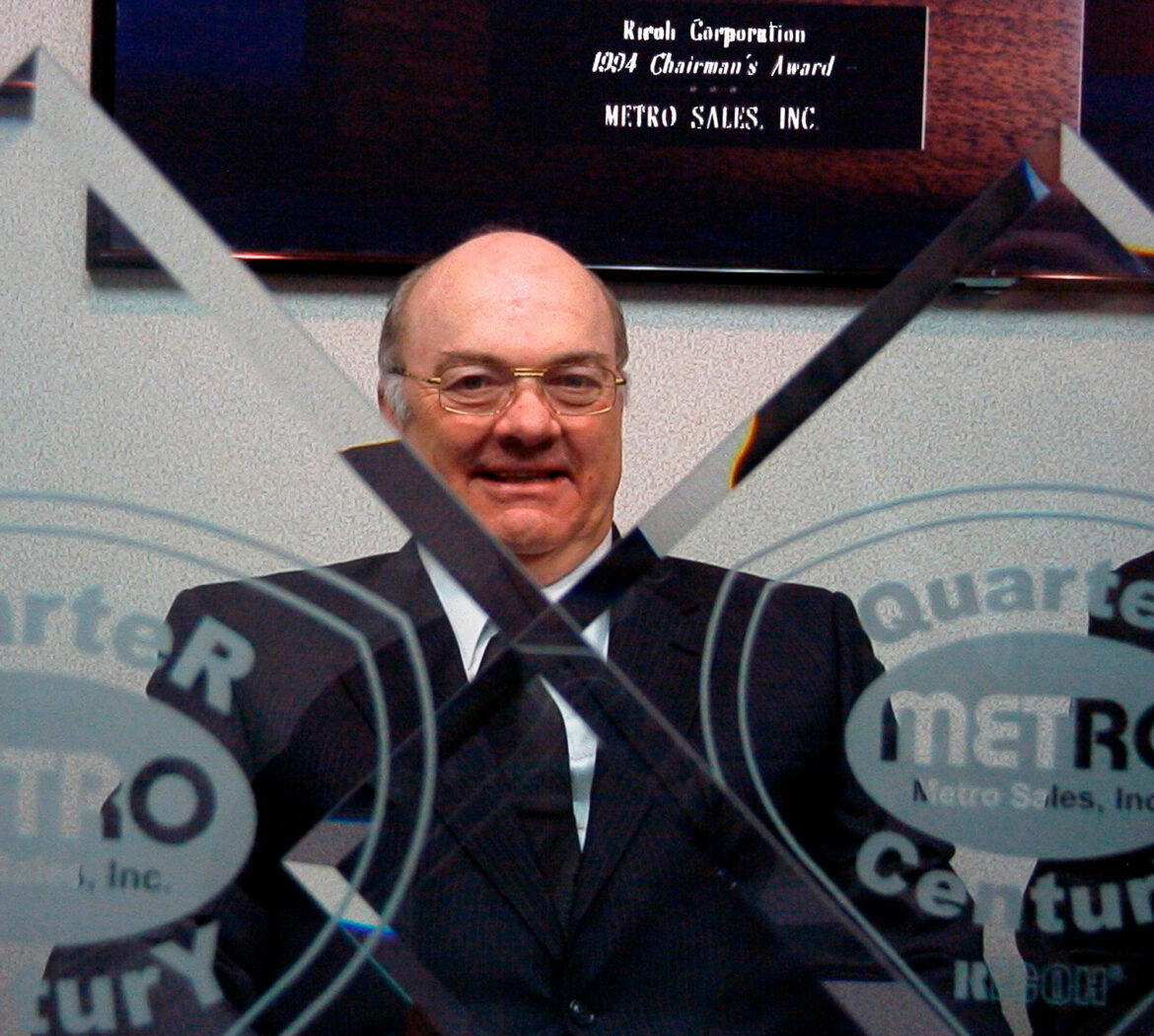 Jerry Mathwig, A Man to be Remembered

On Monday, October 10, 2021, Jerry Mathwig, former owner of Metro Sales, passed away. To say that I am saddened by this loss would be a vast understatement. He was one of our earliest dealer supporters and was a charter subscriber of The Cannata Report. He was also a friend and a mentor.

We became friends when we met in Germany at the Hannover Fair in 1985. I had met Jerry before, and I was surprised when walking to my next appointment when I saw Jerry sitting at an exhibitor’s booth waiting for someone to sit down with him. I walked over and said hello and asked if he would like to have a drink after the show.

He said a group of American dealers was meeting for dinner, and why not join us. The group included the Banfi brothers, Dieter Jahnke and Mike Devitt from OE Canada, Jerry, and Lou Scantland. It was a fun evening.

What was Jerry doing there? He was sourcing parts for his supply business, something I did not know he had. From that point on Jerry would reach out to me at the most unusual times. I recall one Saturday morning I was sitting in my Glastonbury, Connecticut office and the phone rang. I picked it up and it was Jerry. “I bet you and I are the only two dumb copier guys working on Saturday.”

I cherish those days and remember the people who were always so kind to me and so very helpful. I visited with Jerry occasionally and always spent some time with him at Ricoh meetings. It was always a pleasure and as the years passed Jerry stopped attending the meetings and sent his lead sales and service people to reward them.

Over the 39 years, I knew Jerry, he only asked me to do two things for him. The first was to write a story about a salesman of his who was retiring that joined Metro right after college and for 37 years never worked for anyone else. The second and last time was in 2012. The word got out that Jim Coriddi was to be crowned as the new Ricoh Dealer VP. Jerry called me.  “Did you hear the news about Jim?” I indicated yes and then he said, “Tell Jim he does not have to come to Minneapolis to visit me.” He meant that in the best possible way. He knew that one of Jim’s first tasks was to get out and meet with the leading dealers in the channel. He was saying to Jim you are good with me.

We reached out to three people who worked very closely with Jerry for many years. They were friends to the end, and we asked them to offer a quote. They are Bob Ingoglia, Ricoh VP corporate communications (retired), Chuck Parr, Ricoh VP dealer sales (retired), and Coriddi. 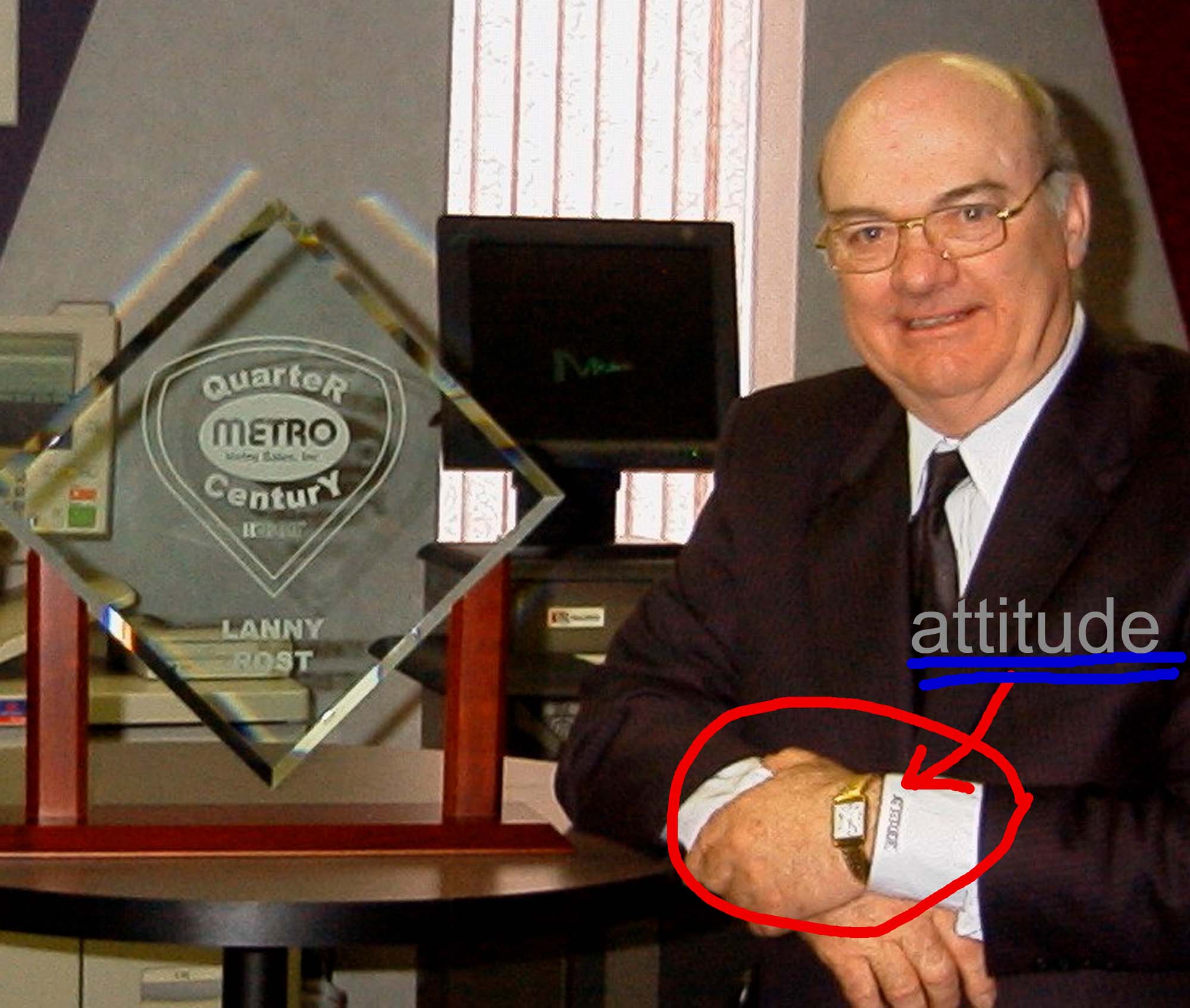 We let Bob Ingoglia lead it off. “Jerry Mathwig was a giant because he cared about his employees, his manufacturers, and the people who may have helped him and his company along the way. He listened and learned how to go from a technical background to a manager of a hugely successful dealership.

“A day after my wife passed away, I received a phone call. The person asked, ‘Is this the Ingoglia home?’ Yes, I answered, who’s this? Jerry Mathwig was calling, and he said he randomly dialed all the Ingoglia’s in the New Jersey phone book until he reached my house!

“After expressing his sympathy, he told me that he wanted to donate to the hospital we used for over two and a half years. Only later did I find out that he had made a huge donation in Maryann’s name. But he never said anything more about it.

“Very few will ever come along and be like him. We  will long remember his achievements, his generosity, and his wisdom.”

Chuck Parr was also kind enough to provide us with photos and a lengthy piece about everything Jerry was known for. Most of all, his generosity to his employees. Here is what Chuck wrote:

“Jerry was active in the company up until the beginning of this year when his health began to fail him. “He died peacefully with his family around him on October 10th. He was 82 years old. His dealership, Metro Sales was 52 years old. Jerry generously gave Metro Sales to his 400+ employees in 2020 under an ESOP distribution (Employee Stock Ownership Plan)  instead of selling it to a manufacturer or an investment group.”

Jim Coriddi capped it off beautifully. “Jerry Mathwig was a pioneer in this industry, and the ultimate example of what makes a great leader and trusted dealer partner. Jerry came right at you with a driven sense of genuine curiosity and interest, and over time if you responded with the same you had a friend for life.”

Coriddi added a final note. “I will miss him greatly and cherish our discussions and the lessons I learned from him about the core values of a successful dealership. More than anything, we are all indebted to Jerry Mathwig the human being.”

My feelings are simple. I am proud to have known him and prouder still that he took the time to encourage me when I was beginning my long climb up a tall mountain named adversity. May his family and those closest to him know that these are but just a few of so many others who felt extremely fortunate to have Jerry involved in their lives. Also, know that this writer is sadly mourning his death. He was truly one of a kind.

May God Bless Jerry Mathwig and welcome him home.