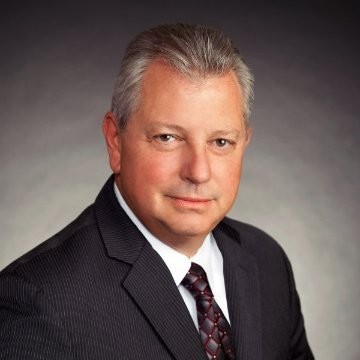 A conversation with the recently retired Konica Minolta and Muratec executive Jim D’Emidio.

Recently, we received an invitation to one more retirement party and happily accepted. This time it was for Jim D’Emidio, and the host was Konica Minolta. It was held during the BTA National Convention in Chicago. A big thank you to Konica Minolta and BTA for putting it together.

Jim is a very dear friend and Carol, CJ, and I were delighted to attend. The toastmaster of the copier industry, Bob Goldberg, put together a fine program with a list of well-wishers expressing how they really cared for Jim. It was truly a fun time and Jim enjoyed every minute of it.

Jim has had an interesting career. We thought it a good idea to take advantage of the opportunity and do an exit interview with the honoree, allowing him to tell his story.

CR: When did you begin your career in the business and when did you get involved in selling through dealers?

D’Emidio: I began my office machine career in 1985 working for a dealer selling fax and telex machines in Washington DC. In 1987, I joined Muratec as a DSM for Virginia, Maryland, and the District of Columbia. I spent the rest of my career in various job capacities which included sales manager,  GSA contractor, major accounts, director of sales for the eastern region, vice president of sales, and finally president. I loved every minute of it and made so many good friends collaborating with dealers. I am very thankful that I was given the opportunity to work in this industry for more than 35 years.

CR: In your lengthy career what stands out in your mind as the best of times and the worst of times?

D’Emidio: In the beginning, we had a great run with fax. It was in such demand that by 1992 there were 42 fax vendors in North America. With the advent of the internet, fax went into a steep decline. By 2001 there were only 10 manufacturers/distributors of facsimile. While so many others left the industry, Muratec believed there were enough facsimiles being sold to make it worthwhile to hang in. It was a very profitable period right up to the severe economic downturn in 2008 and 2009.

CR: What will you miss the most and the least?

D’Emidio: I will miss the dealers, my employees, and my industry peers. This is a wonderful industry where I was able to make long-term relations not only with my customers but with most of my competitors. There really was no time I could honestly say was burdensome. It just seemed as if any time there was a genuine problem, we were able to find a way to make it work. That is a tribute to the dealers who just kept on going no matter how difficult things got.

CR: Any thoughts and words you would like to express to those that made your surprise retirement party possible?

D’Emidio: I Want to thank Konica Minolta and everyone who attended my retirement party. It was the greatest event since I married my wife, Shari. It was wonderful, moving, and inspirational. It made me realize how many wonderful friends we have made over the last 35 years in this industry. I want to thank all those who attended and those that were thinking of me. I especially want to thank Bob Goldberg for putting a bit of a roast together and surprising the heck out of me.  I am just so overwhelmed and appreciative of what was done for me that saying thank you does not seem good enough. I am afraid if I start naming people, I will leave someone out.

CR: Going forward, do you have plans to fully retire or remain active?

D’Emidio: I would really like to stay active and have been approached by several companies who value my knowledge of the independent dealer. They made me realize just how much I know about the copier dealer community and that my work did not go unnoticed by the other manufacturers and vendors in our business.

CR: We wrote a piece about Jim just a little while ago and we expressed what we thought of him. We look forward to seeing him and his lovely wife Shari in the not-too-distant future. The industry lost one of the good guys and we can only wish him well one more time. It appears we are going to have a table of retirees at our 37th Annual Awards & Charities Gala on November 10, 2022.  Having people like the D’Emidios and the McGuirks joining us at the Madison Hotel will add immeasurably to our event. We look forward to seeing many of you as well.