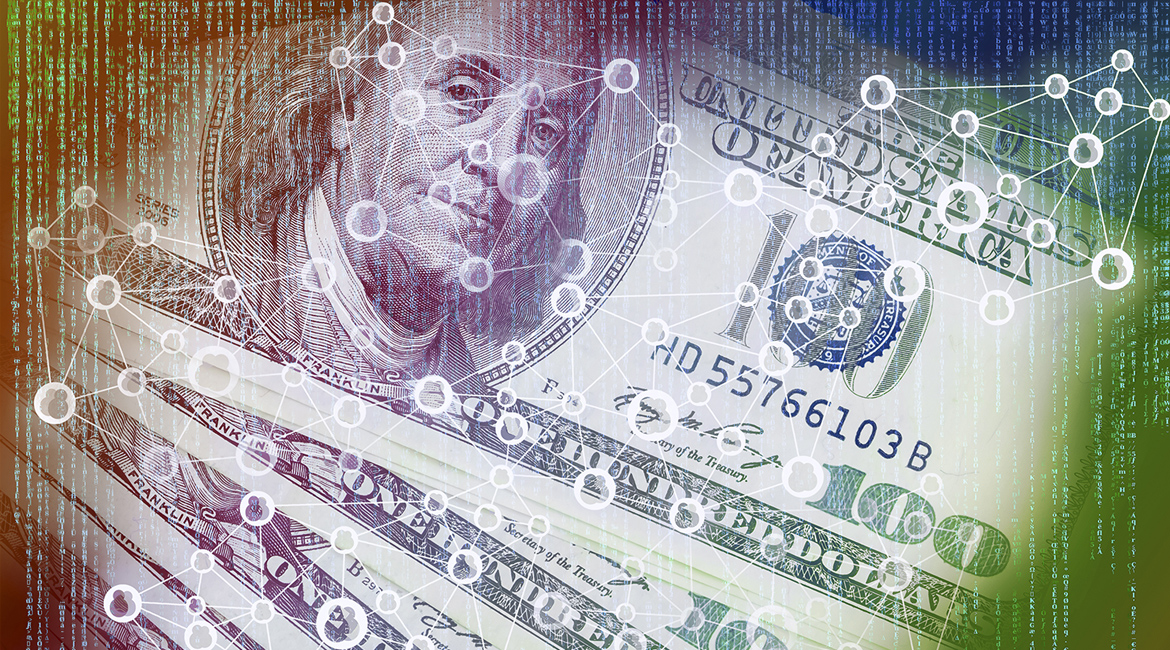 Economics Matters: What’s Next for the U.S. Economy?

Assessing the sources, impact, and future outlook of inflationary pressure.

Inflation has increased significantly in the past year. To understand whether this acceleration will be transitory or enduring, it is necessary to investigate the various sources of inflationary pressure. One source is the labor market, where the labor force is still almost three million below the level prevailing prior to COVID-19. This supply shock in the labor market suggests a need for an upward shift in real wages.  A second source of inflationary pressure is the scrambling of the deck with respect to household spending patterns. This encompasses a shift in spending from services to goods, as well as changes to residential preferences. Finally, there are disruptions to shipping and other elements of the supply chain.

In February 2020, the labor force stood at 164.4 million. In October 2021, it stood at 161.5 million, a decline of almost 2%. In recent years, the labor force had been growing at about 1% per year. Taking into account that trend, it is about 3% below where it should be. A variety of factors have contributed to this situation. Older workers have retired and appear reluctant to come back even with a better economy, while a lack of childcare options has impacted younger workers.

Whenever an input to production becomes scarce (in this case, labor), its relative price rises. This happened in the aftermath of the Black Death in medieval Europe. Real wages of serfs rose. The lords did not like this, and in some countries petitioned the king to do something about it. But the powers of kings are weak in comparison to the power of the laws of economics, and wages of serfs continued to rise.

In the five years before COVID-19 (2015-2019), the Consumer Price Index (CPI) rose an average of 1.8%. During the same period, the Employment Cost Index (ECI) for private sectors workers, a measure of labor costs compiled by the Bureau of Labor Statistics, rose by an average of 2.5%. It is not surprising that real or inflation-adjusted wages were rising, given that labor markets were strong and worker productivity was rising. In the months since COVID-19, the CPI has risen at an annualized rate of 3.6%, while the ECI is up 3.5%. In other words, real wages stopped rising. This is not surprising because for a significant part of this period, demand was depressed and unemployment high. But with the economy recovering sharply and a labor shortage persisting, we are likely to see a period in the next year or two when real wages will probably grow more rapidly than during the pre-COVID-19 period. There are signs that this is starting to happen. In the third quarter, the ECI for private-sector workers increased at an annualized rate of 5.6%, its fastest rate in over 20 years. This part of the adjustment to higher real wages has just begun and will continue to play out in 2022 and quite possibly into 2023.

The second source of inflationary pressures is COVID-19’s scrambling of long-established patterns of consumer spending. Simply put, households bought more manufactured goods and spent less on services such as eating out, travel, and vacations. One way to see this is to compare the growth rate of consumer spending of goods versus services. Over the past two years, spending on goods has grown at a rate of 7.6% per year while spending on services has fallen by 0.3% per year. This has caused demand for all sorts of manufactured goods to bump up against capacity constraints, with ensuing inflation for those products.

This imbalance between goods and services spending is starting to correct itself. In the third quarter, consumer spending on goods fell at an annualized rate of 9.2%, and spending on services rose 7.9%. Assuming no additional waves of COVID-19 that would curtail activities such as travel and dining out, services spending should return to its pre-COVID-19 trend sometime in 2022. As it does, some of the inflationary pressures caused by unusually strong spending on goods should ease.

Demand for manufactured goods has also been boosted by various fiscal stimulus measures. The checks sent to households earlier this year were put to various uses, including down payments for new cars.  While the effects of these fiscal stimulus measures will diminish over time, it should be noted that households saved a substantial portion of the stimulus payments and could tap into that in the months ahead. Moreover, some of the measures adopted earlier this year could be extended into 2022 by Congress.

One of those is the increase in the child tax credit along with an expansion in eligibility for it. The American Rescue Plan passed earlier this year increased the credit from $2,000 per year to $3,000 for children ages 6 to 17 and $3,600 for children under 6. Since July, most American families have been receiving these payments through monthly deposits into their bank accounts. The slimmed-down version of the Build Back Better bill under consideration by Congress would extend this increase in the child tax credit for another year. This program has an especially large impact on spending by cash-constrained families. Its extension, along with funds saved by households from prior stimulus programs, should ensure that consumer spending remains strong in 2022. The ongoing booms in the equity and housing markets will also provide strong support to consumer demand in 2022.

Shipping is turning out to be another source of inflationary pressure. The disruptions to trading patterns wrought by COVID-19 have caused shipping containers to pile up at ports around the world, including the United States. This has contributed to a significant increase in shipping costs. Another kind of disruption has occurred because of the effects of COVID-19 on port closures, especially in China which is still pursuing a zero COVID-19 policy. This policy has led to port closures even in the cases of a small number of positive COVID-19 test results. It remains to be seen whether these closures increase or decrease in the months ahead. The presumption is that they will decrease as more people around the world (including dock workers) are vaccinated.

In summary, the forces that have recently been pushing up inflation are likely to remain in 2022. Some could remain in force beyond 2022. Real wages have until recently not gone up because consumer prices have gone up faster than nominal wages. This began to change in the third quarter and will likely continue at least through 2022. The shift in spending toward goods and away from services is being corrected. This process appears likely to play itself out faster than the upward adjustment in real ways. It too began to happen in the third quarter and should be largely completed by the middle of 2022.  Overall demand should be quite strong in 2022, given that households saved a significant portion of prior stimulus payments. The extension of some of the measures passed earlier this year would provide further impetus to increase consumer demand.