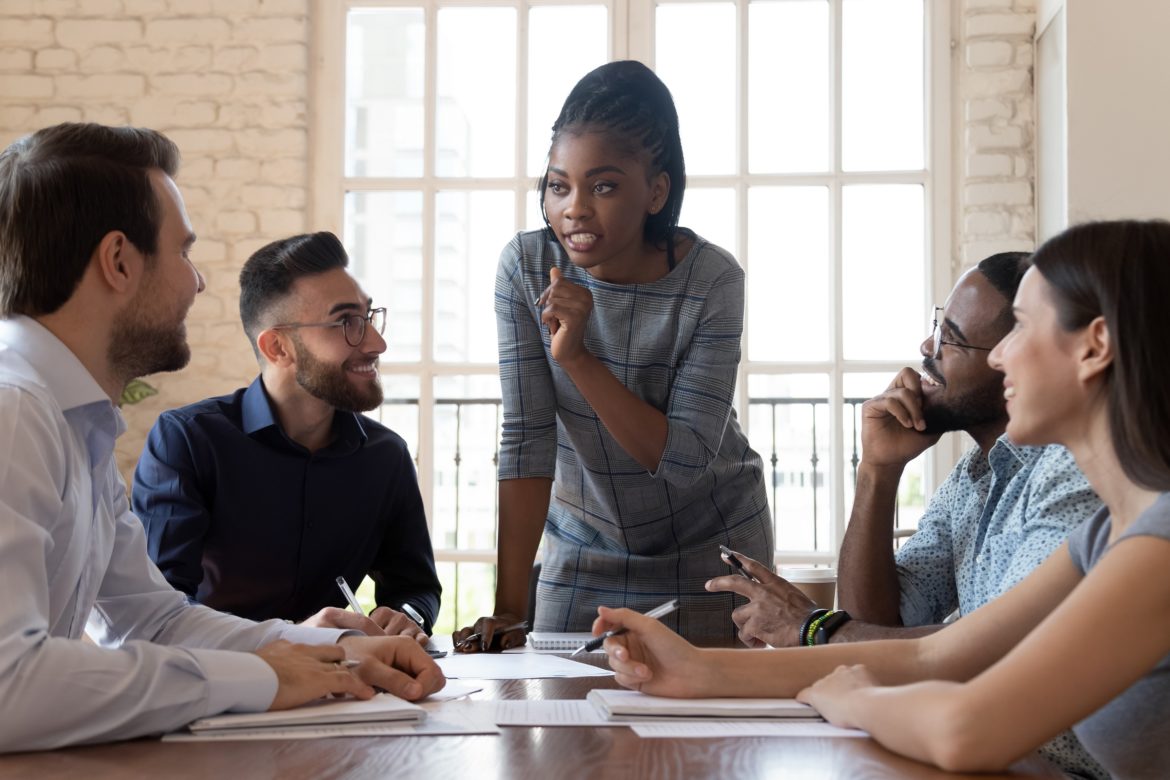 Canon’s WiLL program helps women rise to the occasion.

Throughout North America, the number of women holding leadership positions in enterprises of all sizes   is increasing tremendously. Because the path to management hasn’t often been easy, Canon U.S.A. is working to effect change.

OR something simple like More women than ever before are rising through the management ranks of enterprises of all sizes. A new program from Canon aims to keep the momentum going.

“I have often seen abilities and talents in young women that they may not see in themselves,” said Tracie Sokol, vice president and general manager, marketing, Canon U.S.A. Inc. “It is then that the true work begins for the mentors and mentees to build and market those talents. I’m happy to have witnessed many members of Canon’s WiLL program rise to the occasion and grow in their career.”

Building Strength from Within

Canon’s WiLL (Women in Leadership Levels) program operates on the principle that strong women help create a stronger company that leverages women as leaders in their families, communities, and workplace. From its genesis in 2013, WiLL has drawn support from senior executives from Canon U.S.A.’s business divisions and subsidiaries, fostering the engagement, enablement, and empowerment of women’s professional and personal development. The overarching goal and objectives of the WiLL program aim to benefit participants as individuals, while providing advantage to Canon by increasing the pipeline of talented femaie leaders within the company and retaining women executives.

The Power of Mentoring

The program’s core is a mentor/mentee program where male and female mentors engage with junior-level employees in a yearlong program in which both learn from one another. More than 300 women have passed through the WiLL program, gaining exposure to leaders with whom they may not have had the opportunity to connect during their normal courses of business. Along with the mentees, other women and men benefit by becoming involved in various committees and programs that include:

Mentoring is an especially important part of the WiLL program because it fosters the sharing of ideas, insights, experiences, and information. It adds value for the mentor and the mentee. “Being a WiLL mentor has been a very rewarding experience,” said Sokol.

Driven from the Top

WiLL is an Employee Business Resource Group within Canon U.S.A.’s overall diversity and inclusion strategy and mission. The group partners with other Canon employee resource groups to promote a company workforce that reflects the world in which it does business. Initially established by former Chairman and CEO Yoroku “Joe” Adachi, WiLL is now supported by Kazuto Ogawa, who assumed the role of CEO and president as of April 1, 2020. Support from the top is vital to the success of such a program, and at Canon, it extends through executive sponsor Scott Millar, vice president and general manager, corporate human resources, and Pete Kowalczuk, president, Canon Solutions America. Just a layer down is the WiLL steering committee with champions that include both male and female senior representation from Canon U.S.A.’s business divisions and subsidiaries.

Serving as a male representative on the committee has been a tremendous educational opportunity that has provided me with a heightened sense of awareness,” said Lee Farrell, vice president and general manager, Canon U.S.A., Inc. “I am proud to be a member of a team that is dedicated to changing the future by creating an environment that recognizes, cultivates, and utilizes the talents of its employees to achieve long-term success. As a member of the steering committee, I’m privileged to help bring together successful women leaders who, through the discussion of topics relevant to today’s issues, educate, inspire, and encourage other women here at Canon to reach their fullest potential.”

Women often bring a different perspective and management style than their male counterparts. In a world where cooperation and inclusiveness are increasingly necessary for success, WiLL helps prepare the leaders of the future to lead from the front and serve as examples to their colleagues.

The Women Influencers of 2020