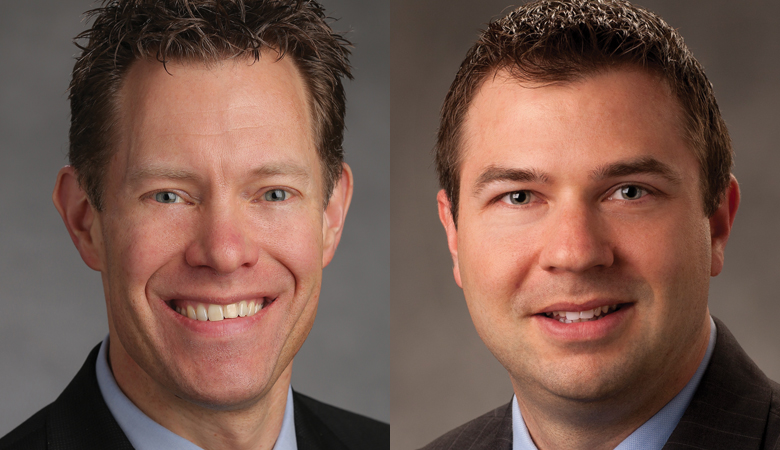 The finance company sets an example for the imaging technology industry with its veteran’s hiring initiative.

Hiring military veterans is a source of pride for many employers, especially at U.S. Bank. Thanks to a tip from Phil Buysse, vice president of Office Equipment Finance Services at U.S. Bank, I reached out to understand how hiring and taking care of veterans is deeply embedded in the bank’s culture.

The Secretary of Defense and several organizations, including the Military Times have recognized U.S. Bank for committing itself to veterans and their families through its well-known program “Proud to Serve” (http://proudtoserve.usbank.com). Additionally, U.S. Bank was declared a Yellow Ribbon Company by the state of Minnesota, and the U.S. Veterans Magazine placed U.S. Bank in the “Top 100-Military Friendly Employers” list for 2012 and 2013.

I had the opportunity to learn more about U.S. Bank’s Proud to Serve program by speaking with Adam J. Naryka, assistant vice president, military and veteran strategy lead, and U.S. Marine Corps veteran, and Chris Hill, SVP, senior director of talent acquisition. They both provided insight into the history of the program.

“At that time [in 2008], the Minnesota National Guard was returning from Kuwait,” said Hill. “We looked at different ways that we could help them, and we came up with helping them prepare for the process of interviewing. We continue to do so.”

While there are no military bases in Minnesota, U.S. Bank’s veterans’ efforts focus mostly on the state’s National Guard. U.S. Bank’s website states the company provides grants through its foundation to support workforce education and affordable housing for military service members and veterans. U.S. Bank is well positioned to provide mortgage-free homes, home repair, and automobiles through its H.O.M.E., R.A.M.P, and “Driven to Serve” programs.

To give you a sense of the experience of what it’s like to be in the National Guard, allow me to provide a snapshot. When the National Guard is activated for deployment overseas, members are usually on assignment anywhere from seven months to a year. Given the length of time away, often those who have jobs find they aren’t there when they return. And then, the youngest members of the Guard may have just completed their education and may not have been fully employed when they were called up.

Thanks to U.S. Bank’s efforts, activated National Guard members are eligible to receive a free Apple iPad from U.S. Bank simply by providing the bank with a copy of their orders. U.S. Bank offers this iPad initiative to members of the National Guard and all U.S. military veterans in Minnesota and around the country where U.S. Bank has branch offices.

To achieve its goals of hiring veterans, U.S. Bank employs an aggressive campaign supported by executive leadership and hiring managers across the company. The bank has also implemented several recruiting and training programs specifically for veterans through Proud to Serve.

“We [currently] have 2,000 veterans working in eight chapters of Proud to Serve, plus 3,000 active members that support our leadership and are personally involved,” said Naryka. “We do annual events such as Memorial Day to honor those that have made the ultimate sacrifice.”

In working with military organizations, U.S. Bank is often alerted to special needs within the veteran community. For example, the Bank drove an effort to build 22 homes for veterans with $4 million from various organizations to support the funding. U.S. Bank also steps in to aid veterans who have homes that require extensive repairs. According to Hill, U.S. Bank has helped repair six homes of veterans. The company has also gathered veteran volunteers to paint the home of a fellow veterans. This renovation initiative originated as part of Proud to Serve in 2008.

“At U.S. Bank, there is a path and transitional program that helps provide additional training for both the Guard and employee veterans,” said Naryka. “That commitment comes from the top.”

U.S. Bank has a variety of financial education products specifically for customers serving in the military and their families. They also provide special support through the U.S. Bank Military Service Center (1-800-934-9555). This is a dedicated customer service line for military members and their families staffed with bankers familiar with the Servicemembers Civil Relief Act.

For companies and dealerships looking to initiate a more comprehensive strategy in hiring veterans, Hill recommends a simpler approach.

“It can be as simple as starting a grassroots effort by identifying veterans already in your organization,” Hill said. “They, in turn, will reach out to other veterans and inform them of possible employment opportunities.”Even though much of what I discussed with Naryka and Hill focused on the bank’s efforts in Minnesota, U.S. Bank gives back to the veteran community wherever it has a branch. U.S. Bank operates 3,088 banking offices in 25 states. For example, in Texas, its mortgage group recently donated $40,000 to renovate the homes of two wounded veterans in Dallas.

A recent press release from U.S. Bank provides a poignant example of this organization’s commitment to veterans.

When U.S. Army veteran Leilani White needed a car to help her get to her medical therapy appointments, U.S. Bank stepped in. In conjunction with non-profit organizations Freedom Alliance and Operation Homefront, U.S. Bank donated a Chrysler Pacifica through its Proud to Serve program.

When White was 19 years old, she enlisted in the Army in June 2001. She intended to serve her country and instill values such as discipline into her adulthood. Three months later, 9/11 happened. Soon after, White was deployed in the first waves of the U.S. military response in Afghanistan. She was tasked with setting up infrastructure such as postal service capabilities.

She said, “I woke up every day praying that I would be able to come home again.”

Today, White lives with post-traumatic stress, as well as other health issues while living the civilian life in Morrow, Georgia. She is married and has four children who range in age from five years old to 12. Before receiving the Chrysler Pacifica, White’s family relied on public transportation and rideshares, which strained finances and family time, not to mention causing safety concerns amid the pandemic.

“It’s our privilege to give back to veterans like Leilani,” said Tim Welsh, vice chairman of Consumer and Business Banking at U.S. Bank, the division that manages the donation programs. “Veterans and their families make incredible sacrifices in service to our country and we’re proud to be able to honor them in this way.”

Both Freedom Alliance and Operation Homefront are two organizations that you should keep in mind when you consider reaching out to help veterans.

In researching the Bank’s efforts for veterans, I came across numerous references to Patrick Law, the former senior vice president at U.S. Bank and the  former chief operating officer for U.S. Bank’s Elan Financial Services. He spoke eloquently of the desire to help veterans.  Prior to Law’s current position at FiServe, he was employed by US Bank for 20 years.  The following is a quote that can be found online he made while employed at US Bank.* To me, this best expresses the culture of US Bank towards hiring veterans.

“We’re trying to create a culture that empowers veterans to go out and make a difference,” said Law. “A lot of people feel a loss of their identity when returning to civilian life. At U.S. Bank, you can keep your ‘can do’ spirit, mission orientation, and ability to lead with courage and confidence.”

It did not come as any surprise to me that Patrick Law has also served in the United States Army as a military policeman, which included overseeing security personnel for VIP and combat operations for Saudi Arabia and Iraqi operating areas during the first Gulf War.

Throughout our conversation with Chris Hill and Adam Naryka reference was made, “At U.S. Bank, these efforts (hiring and helping veterans) come from the top.” It represents a corporate commitment that is to be admired. We at The Cannata Report commend U.S. Bank for their broad-based initiatives to not only hire veterans but to aid those with special needs.

Hard Copy | from the Editor’s Desk: the Art of Paying Attention