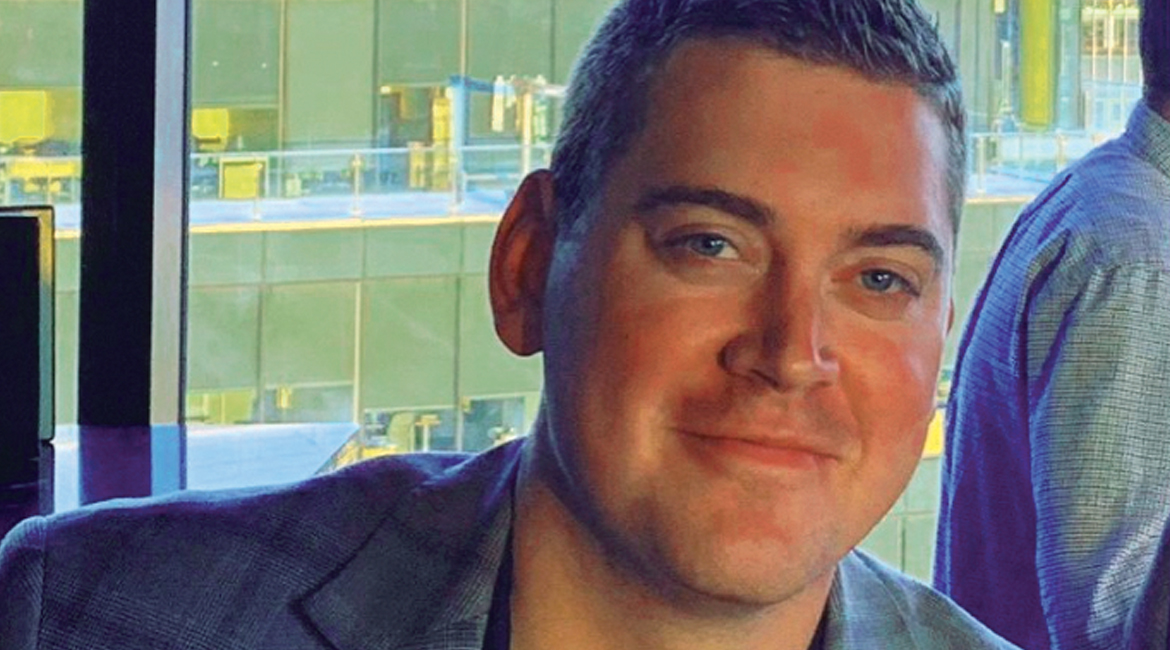 Nauticon Office Solutions’ John-Austin Shepard is on a mission to dispel millennial stereotyping.

The generally accepted definition of a millennial is someone born between 1981 and 1996. Today, even the youngest millennials have been in the workforce for a few years, while their older siblings are nearing middle age and the middle of their careers. Their “aging” has not done anything to stem the tide of handwringing articles about how millennial workers aren’t prepared for the workplace or the “real world.” Like Gen X “slackers” and the Baby Boomer “hippies,” age is an easy target for employers who want to write off new hires as lazy and entitled.

would like to put an end to the stereotypes. A millennial himself, he joined Nauticon in August after nearly three years with another mid-Atlantic dealership. In his previous dealership, Shepard was responsible for recruiting and training new sales reps, all of them millennials or younger. Is he lazy? Entitled? Unmotivated? It would be hard to succeed if he were.

After college and a brief foray into professional baseball, he began his career in the office technology industry as a sales rep and was quickly promoted into management. Ironically, during his baseball career, Shepard was a closer with a slider and a fastball in the low to mid-90s, while as a copier sales rep, he quickly honed a reputation as a closer too.

Even though he only played for one season, Shepard has fond memories and says that his short stint allowed him to check the box of living his childhood dream. While playing in the Cape Cod League in 2012, he struck out future New York Yankee superstar Aaron Judge twice in a game. But a baseball career was not in the cards. “I was going to make a lot more money selling copiers than sitting on the bus in Single-A ball,” observed Shepard.

The office technology industry may be more lucrative, but it is just as competitive, and Shepard has clearly risen to the challenge.

“I’ve always been one of the youngest leaders inside the organization,” he said. “In today’s world, a lot of our best people are from that generation. Sales is a results-driven game. It’s hard to earn trust and respect when you don’t put up numbers. Everyone inherently wants to push themselves and be better.”

If millennials were as afraid of hard work as older generations like to say they are, they wouldn’t be working in sales. Yet, Shepard has had no trouble in his short managerial career recruiting young workers who are ready to succeed. Despite what headline-grabbing articles would have us believe he’s found that millennials choose their jobs based on much more grounded factors.

“There’s always the perception that we’ve got to have a fun environment, ping-pong tables, and a beer keg,” said Shepard. “The reality is millennials want to be empowered to make their own decisions. They want to have freedom, they want to have flexibility. But they also want someone to look up to and a transparent career path.”

Shepard takes his role as a mentor very seriously and values that aspect as a recruitment tool and the way modern management should look. Today’s top companies often adopt a flatter, more collaborative structure instead of the traditional corporate ladder where maintaining the pecking order is more important than innovation and adaptability. Shepard’s management style is focused more on communication, with an aim toward fostering a sense of independence and buy-in from team members of every rank.

“Communication is all we have,” said Shepard. “We communicate verbally, we communicate physically. It’s hugely important. If anything, you have to over-communicate with your team, with your clients, so everyone understands what your position is. The biggest disservice a manager can do is set an expectation that hasn’t been communicated to the team. Sharing what’s expected and reviewing that regularly is hugely important so it feels co-authored.”

“The leaders work for the employees,” said Shepard. “That’s a huge point nowadays. Back in the day, it was the proverbial corporate ladder, but now, most leaders are in the trenches and working alongside their team.”

To Shepard, the manager/employee relationship is fundamentally about trust. Two-way communication ensures that everyone knows not only what to do but also why. Shared goal setting helps workers trust that their careers are under their control. Millennial thinking may confuse older generations who assume young workers are only in it for a quick buck, but Shepard finds that one of the top priorities for young graduates he interviews is the sales role’s potential for long-term growth.

“If anything, they’re interviewing me,” said Shepard. “I see it as a reverse interview where I’m explaining what benefits they’re going to get out of me as a leader and understanding some of their goals. I explain where I’ve had success with other people and helped them set their goals. Today, people aren’t looking for just a job. They’re looking for a career.”

Shepard admits that most young graduates don’t step out into the world dreaming of being sales reps. He certainly didn’t. But that’s where communication and understanding are huge assets in recruiting. By developing a rapport with potential hires, understanding what they want out of their careers, and helping them understand how Nauticon can help them pursue those goals, he ends up with a loyal and motivated team of modern sales reps who are adapted to the way business is done in the 21st century.

“The media delivers a bad perception of sales,” said Shepard. “That’s great for movies, but it’s just not the reality. People like doing business with people. The reality is it’s two people having a business conversation. The best organizations don’t lead with, ‘My copier’s better than yours, my software’s better than yours.’ It’s, ‘What challenges do you have as an organization today?’ It could be that you’re having a conversation on improving market share, improving sales, marketing ROI, or improving operational efficiencies.”

All the stereotypes of millennials—they socialize too much, they spend too much time “playing” with technology—are viewed as strengths for today’s technology sales reps. Communication skills play a large part, but so does having comfort and deep understanding of technology. It’s no longer enough to memorize the company catalog. Modern sales reps are in the solutions business, so they need to understand the tech they’re selling, as well as all the other tech their clients will be using. It may sound like a daunting task, but to millennials, the first generation to grow up with cell phones and computers, it comes naturally. And these days, there’s very likely to be a millennial sitting on the client’s side of the conference table too.

“More often now, some of the younger generation have some of that decision-making ability as organizations become more flat and agile, especially the enterprise clients where decision-making is across the continuum,” said Shepard. “What millennials want to hear is what real problems there are in the business world and how you solve them. It’s not going product-centric. We help businesses achieve a lot of different things, and we could talk ad nauseam about all the different offerings we have, but a large majority of the companies we work with want a partner.”

As the industry shifts ever more toward a long-term, service-focused business style where client relationships run deep and last years, if not decades, many sales decisions now rest on intangibles. Does the dealer have the bandwidth to understand the client’s entire operation or just the facet of it they make machines for? That’s where Shepard’s independent, communication-focused team shines.

“It’s not a relationship over a three- or five-year term,” he said. “More often, people are looking for partners like us to give them a leg up over their competition. It’s not always a game of price. There’s a huge value to solving tangible business problems. You can’t just pigeonhole yourself in hardware. You’ve got to be able to provide value to the entire organization, not just one stakeholder.”

The day isn’t so far off when millennials will make up the majority of the American workforce. If John-Austin Shepard and his team are anything to go by, that future will be a business world built on communication, mutual trust, and long-term thinking. Maybe those participation ribbons did some good after all.