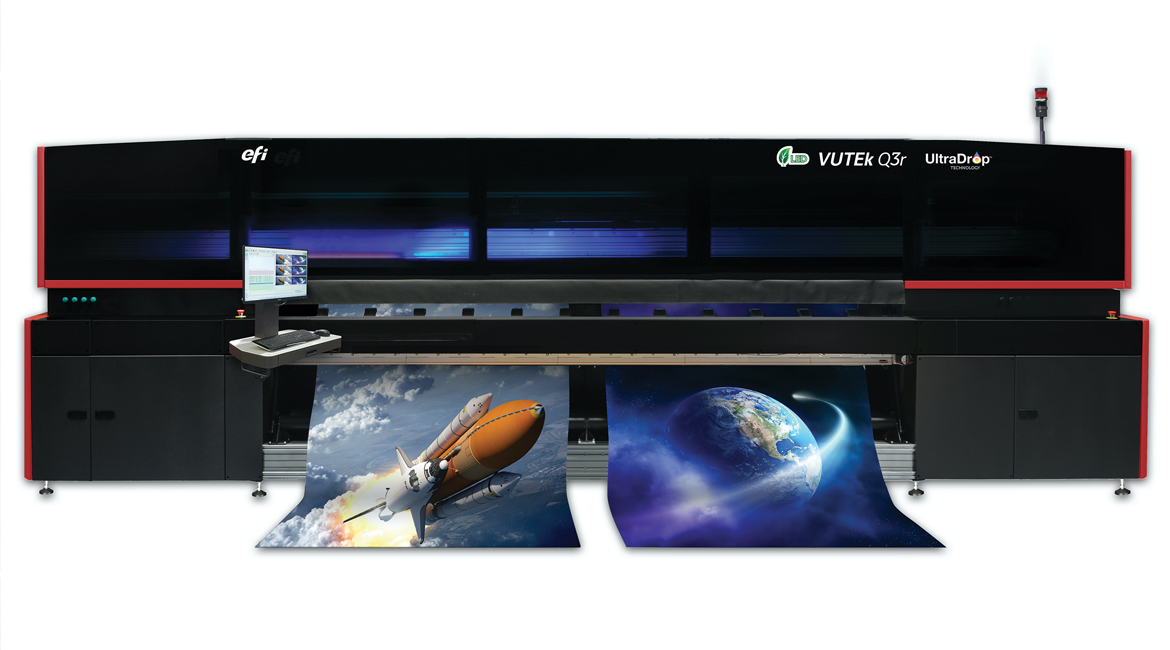 What would have been on display if the conference hadn’t been canceled because of COVID concerns.

Editor’s Note: Our PRINTING United Preview was to serve as a virtual tour of the expo and spotlight key highlights of interest to the dealer channel.

Despite PRINTING United’s cancellation, we are publishing much of our original article by Cary Sherburne as written in mid-August. It details a host of new printer introductions, technologies, and updated offerings from a wide array of companies who planned on exhibiting. There is information regarding the latest developments in process automation, end-to-end workflows, printing and finishing solutions, and full cut sheet inkjet printing, to name just a few.

You’ll also read that many of the companies who planned to exhibit kept under wraps information about the new printers and technology advancements set to debut at PRINTING United. We hope to cover those latest introductions in upcoming issues of The Cannata Report or on our website.

Earlier this year, Frank G. Cannata focused on the importance of attending PRINTING United for dealers interested in engaging in production or industrial print in an episode of Fridays with Frank, our weekly video series. Given the emphasis we have placed on the significance of PRINTING United, we feel compelled to publish this piece.

At the same time, we have always been realistic in our assessment that production print is not for every dealer, as Scott Cullen states in his September Editor’s Letter or as Frank wrote in a Frankly Speaking column a few months ago. Allow us to quote our founder: “Is production print for every dealer? The answer is an emphatic no. However, the 20% that sell 80% of the total sales emanating from the dealer channel sure as hell can. For the rest of the dealers, there is light production, wide format, and lower cost label printers. These three segments can be very profitable and help compensate for an eroding A3 MFP MIF.”

The information in the following article provides dealers, for whom production and industrial print at any level is a viable business opportunity, a wealth of intelligence and detail. We are confident that this content is timely despite the cancellation of PRINTING United and hope that you will find it educational and engaging.

The PRINTING United 2021 conference was scheduled for the first week of October in Florida. In preparing this article, I reached out to a selection of PRINTING United vendors in late July and early August. At the time, the pandemic situation was looking good, and everyone I spoke to was upbeat about the show and attendance levels.

A key storyline that ran through just about every exhibitor we spoke with in late July and early August was process automation, reducing touches, improving operator efficiency, and in many cases, reducing the skill levels required. As John Henze, vice president sales and marketing at EFI pointed out, “There is no question that if you measured the skill levels of all production-print operators, it is lower than it used to be. That’s why we are incorporating more intuitive interfaces that enable operators to get to accurate color and G7 compliance quickly, even without a full-blown expert on staff.”

It is also worth noting that Heidelberg has put in place an apprentice program for young service technicians. Beginning in October 2020, the company dedicated a press in its Atlanta customer experience center to this program and has more than 10 participants at a time. Several have been hired to replace technicians who are retiring. President of Heidelberg USA Felix Mueller reported that there is a plan to initiate a similar program for salespeople.

Here, then, is a summary of what we learned from a small selection of exhibitors about what visitors to the show would have seen from them (listed in alphabetical order):

The company looks forward to engaging with printers on their latest applications and how it can help them rethink the future of print to grow their businesses.