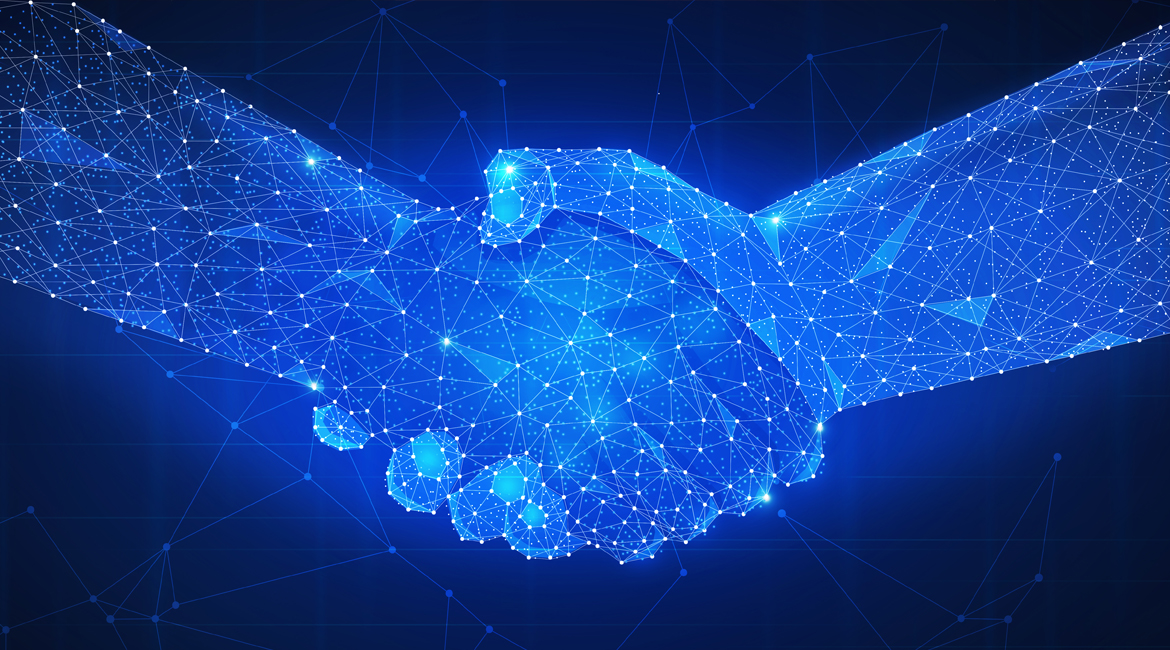 A year ago, if you had told Andre D’Urbano, executive director, sales and marketing, RISO, Inc., the company would not need to conduct a live product demo ever again, he might have been skeptical. After all, live demos are integral for selling inkjet production devices. But after successfully conducting virtual demos for the past four months, D’Urbano and his colleagues at RISO are reevaluating things.

The pandemic has changed the way many companies conduct business, and RISO is an example. When I spoke with D’Urbano at the end of September, about 15% of RISO’s staff were back working on site. The remainder were still working from home and embracing the change. According to D’Urbano, for many employees, when the order came down to work from home, there was some resistance; however, attitudes have since changed.

“Now, nobody wants to come back in,” said D’Urbano. “Everybody is comfortable. Everybody is productive.”

One thing that has not changed at RISO is messaging around inkjet technology. Nothing has slowed D’Urbano down when it comes to touting inkjet’s benefits to the dealer channel. He acknowledges that sometimes it’s an uphill climb, but that’s been changing as more dealers hobbled by COVID-related click-declines explore new ways of diversifying their product offerings beyond traditional office technology.

The message RISO shares with dealers is that production print is still going strong even in a pandemic.

“We’re reaching out to the dealers saying, you guys need to pay attention now more than ever,” said D’Urbano. “Now that your MFP sales have dropped off, you can make up part of it by going into a market that you stayed away from in the past, which is production.”

Most of RISO’s inkjet machines sell between $50,000 and $100,000. These devices aren’t competing with other manufacturers’ high-end inkjet production units that sell for $200,000 to $800,000. For the record, RISO does have a $200,000 device. But for dealers starting out, D’Urbano contends the RISO devices at the lower price points offer attractive price points, and dealers won’t find themselves competing for business with the direct branches of the OEMs who typically sell the higher-priced inkjets.

“We’ve had dealers sell our equipment that have never sold it before, and they’re like, ‘Son of a gun. We just sold a RISO that was $100,000,” observed D’Urbano. “For a sales rep, that’s two months of quota.”

The message is sinking in.

“We’ve never had as much mindshare from the dealer community as right now because they’ve typically been buried in the MFP wars,” said D’Urbano.

While dealer mindshare is on the upswing, let’s not give the impression that the company has been without challenges during the pandemic. D’Urbano reported that sales are down approximately 20%. One reason for that has been a decline in the education market, historically one of RISO’s target markets. Fortunately, print shops and the transactional print market are busier than ever printing health-related and insurance materials, as well as other print jobs that businesses might have been processing in-house prior to the pandemic.

“All the stuff you get billed for at home is through the roof,” reported D’Urbano. “We’ve had some of the biggest orders in the history of our company in the past six months.”

RISO has not had any difficulty getting product from Japan during the pandemic. One notable impact, however, is new products scheduled to be announced this year have been pushed out to 2021.

The key to selling RISO hardware has long relied on a live demo to close the deal. The inability to do that during a pandemic posed a brief obstacle. While dealer sales reps were attending RISO sales training webinars, behind the scenes, the company was scrambling to set up its Woburn, Massachusetts, showroom to broadcast live demos. What was once a demo space now looks like a movie studio with cameras and lights and all the other equipment necessary to broadcast remotely. 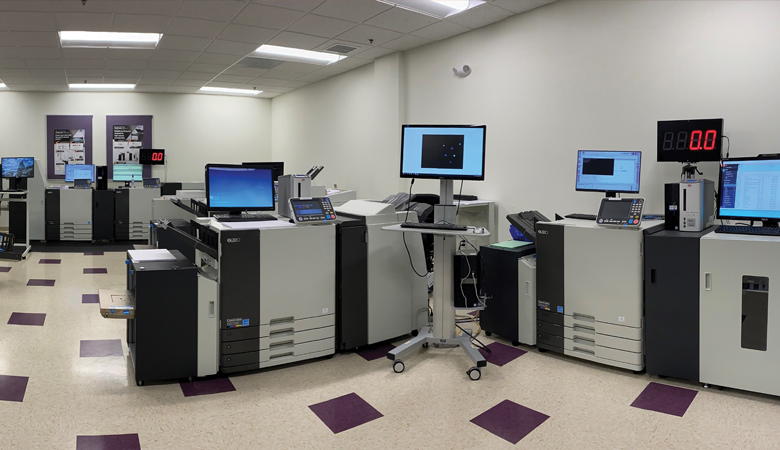 Above: RISO’s printshop in Woburn, Mass., where the demos originate.

The initial challenge was making sure the Woburn facility had plenty of internet bandwidth—it did—and identifying the equipment needed to go into the remote broadcasting business. RISO was fortunate to have someone in the marketing department with a video background. The company gave a budget to marketing manager Jesse Heindl, who set out to acquire the necessary equipment. Next on the agenda was training someone in RISO’s marketing department to do the remote demos. Helen Neely, marketing assistant and event coordinator, already had experience doing product demonstrations and was the obvious choice. 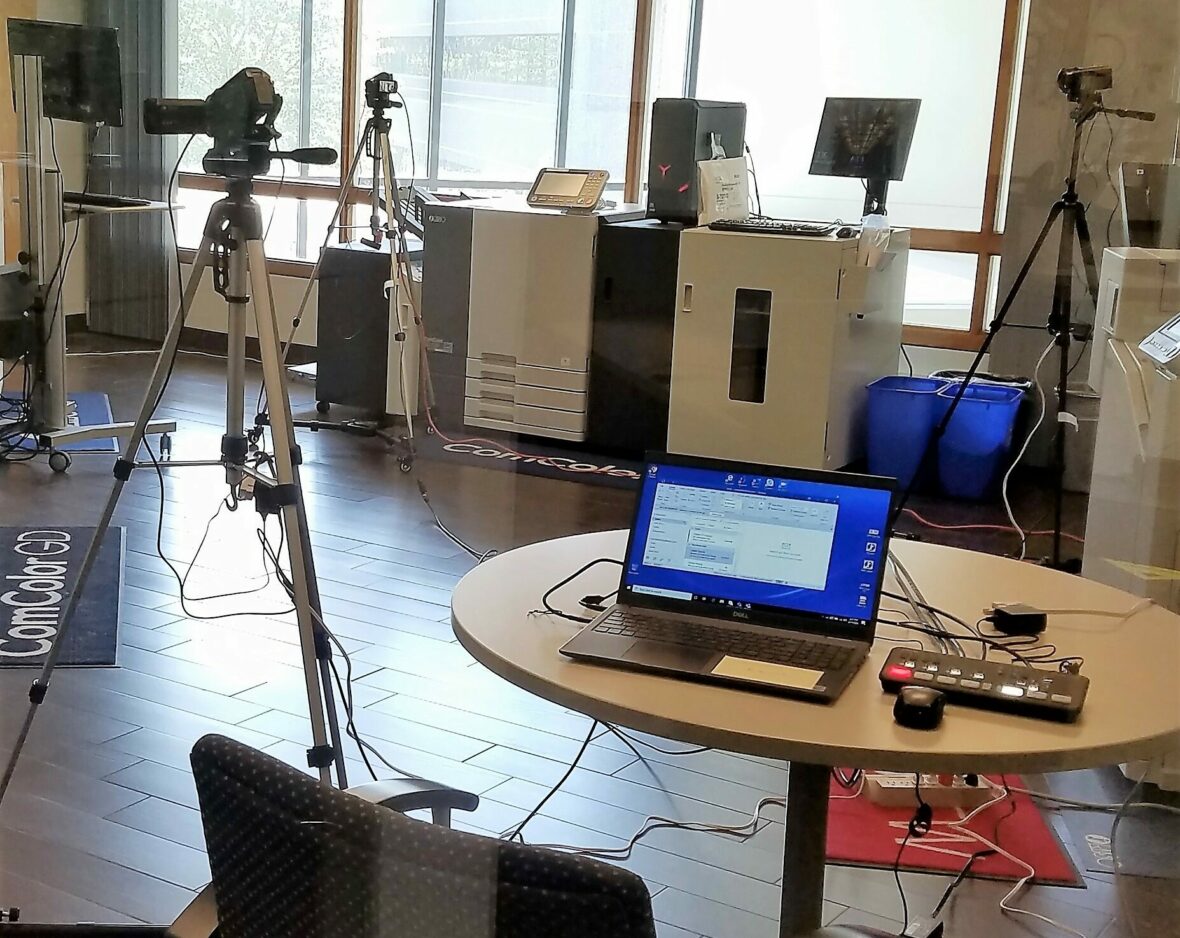 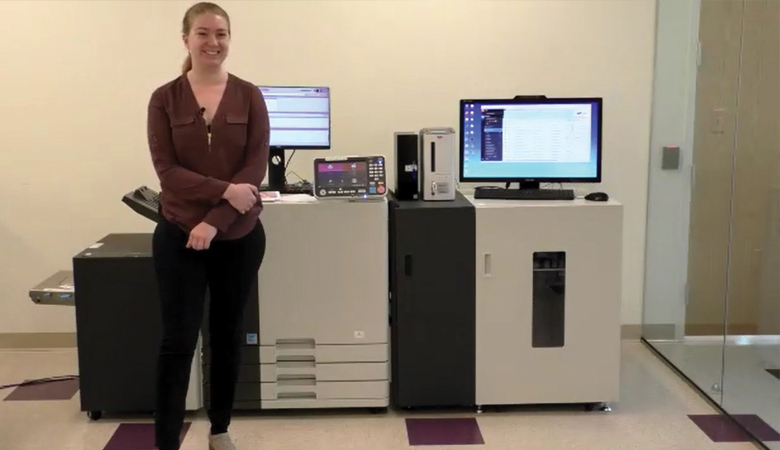 There was a learning curve out of the gate, but overall, broadcasting live demos was easier than expected. Now that the RISO team has learned through experience and dealers realize they can call on RISO to schedule a remote demo as necessary, in-person demos may be a thing of the past.

“I keep telling my people, we are never going back,” said D’Urbano. “While COVID is the catalyst, technology has allowed it to be a behavior-changing event. Today, the internet speed is fast enough for us to work from home. When you ask me, is the demo ever going to go back to being live? What for? This is working.”

Look on the Sunny Side

D’Urbano remains optimistic about the future despite the challenges of 2020.

“Q1 was a disaster for the dealers,” he said. “This thing hit them and hit them hard. What we saw in July, August, and September was a definite rebound. We saw more appointments and virtual demos. We expect to see the dealer community become more comfortable with this new normal, to adapt, and for sales to come back to almost where they were. I’m definitely optimistic, and it’s not just because I’m a salesperson and it’s ingrained into my persona. I’m so encouraged to see dealers figuring this out. They’re finding it so much easier to sell production inkjet these days. They are adaptable and immediately able to diversify. That makes me hopeful.”