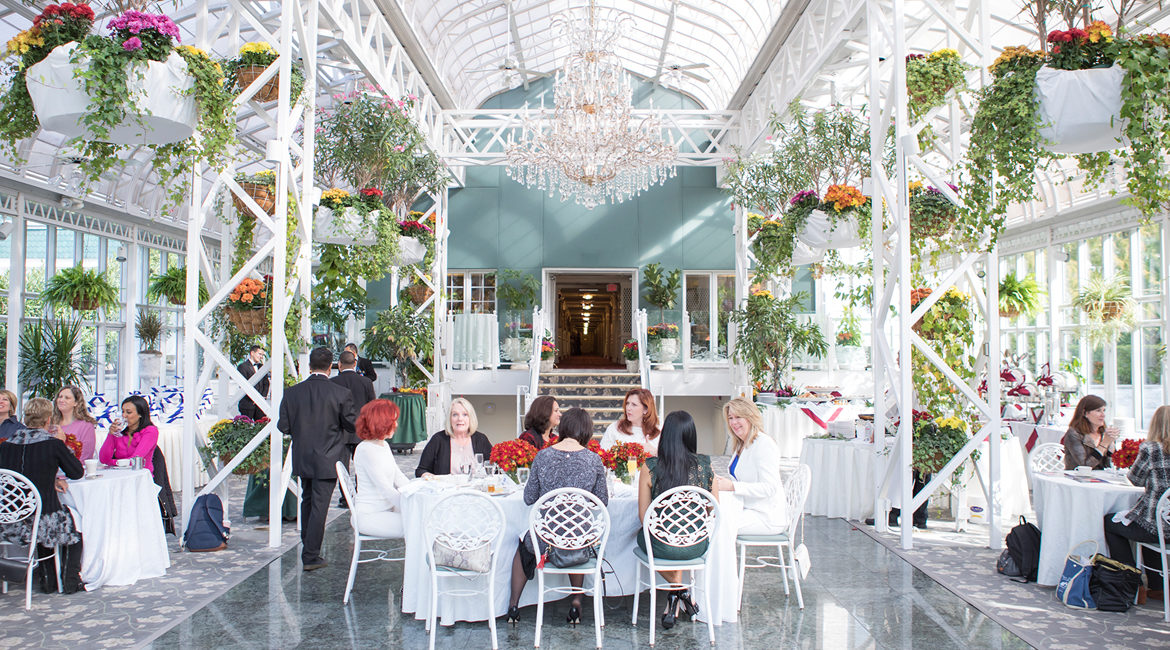 In line with the our continued efforts to recognize contributions by the industry’s women””which now include  the annual Women Influencers-themed issue and related online content at TheCannataReport.com, quarterly Women Influencers department profiles in magazine, and the annual Best Female Executive Frank Award””this was the second consecutive year The Cannata Report hosted what has become now officially become an annual affair. Nearly doubling last year’s  attendance, over 40 female industry leaders gathered at this year’s intimate event to network, share best practices, and listen to valuable insight from Belli, Hensley, and Sahasi.

Including this year’s three cover women, eight of the last 12 Women Influencers selected by The Cannata Report were in attendance.  Representing nearly 20 companies, including the “Big Six” Japanese manufacturers and HP Inc., guests enjoyed glasses of champagne or a Tequila Sunrise (aligned with the event’s theme), The Cannata Report’s Senior Vice President of Client Services and Events Carol Cannata’s signature cocktail for the morning’s event. In addition to welcoming the group and thanking them for their attendance, Carol also presented each guest with a hand-sewn scarf she designed in The Cannata Report’s signature colors, blue and white, which were made by EFI Reggiani in Italy.

Belli, Hensley, and Sahasi each spoke briefly about the importance of welcoming not only diversity of people within the industry, but also diversity of thought, which has become increasingly important as companies seek to remain competitive with their products and services.

With decades of varied experience in the industry, Belli inspired the group as she advise them to truly hone in on the skills that set them apart and commit fully to the areas where they can make their marks and find success. “Be amazing,” Belli encouraged, as she also called attention to maintaining balance between work, family and friends, and personal goals.

Coming from a varied background that ranges from rocket scientist to business entrepreneur, Hensley highlighted how every point in a career offers the opportunity to add another skill to make an employee valuable to an organization.

She also recognized the importance of working within organizations that value contributions from all of their employees, regardless of whether they are male or female.

Sahasi echoed those remarks, adding that diversity of thought””which comes from a diverse cross-section of contributors that come from varied backgrounds””should be every organization’s main priority. Without that diversity, any product or service being developed by the technology industry risks excluding important decision-makers and consumers in the marketplace.

As the festive event wrapped up, each guest unwrapped her beautifully packaged scarf, experimenting with different ways to wear it. Guests exchanged contact information and warmly said their goodbyes, all looking forward to next year’s third annual Women Influencer brunch.

Carol Cannata designed a limited edition, hand-sewn scarf printed on 100% silk by EFI Reggiani in Italy as a gift for all 2nd Annual Women Influencer brunch guests. The scarf signifies the future of print and the many new paths that lie ahead for the imaging industry. The Cannata Report proudly gave this gift to leaders in our industry for them to wear as a symbol that print is not languishing, rather it continues to evolve and expand.

CompTIA and Out in Tech Partner to Increase...