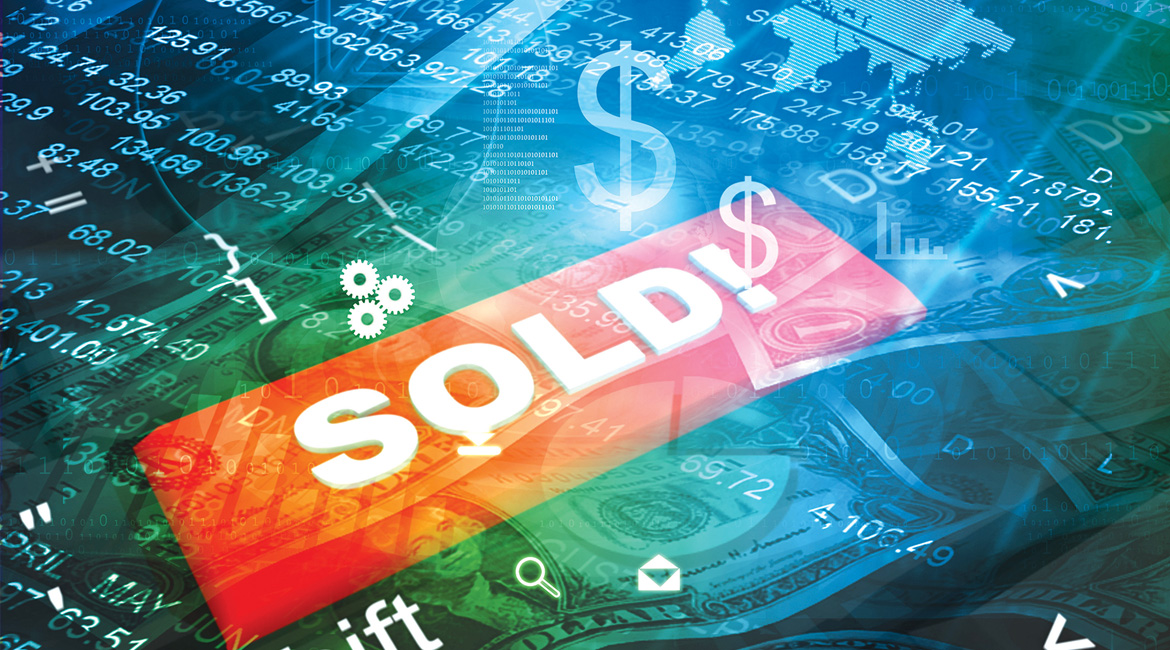 Buyer Be Wary: So, You Want to Buy an MSP?

What to look for and what to avoid.

Each year, The Cannata Report’s Annual Dealer Survey tracks how dealers have built a managed IT business. And each year, we discover that the majority of respondents built it themselves while a smaller percentage partner, acquire, or do a combination of the three. Although acquiring has been the least popular way to build a managed IT business in our Survey, that may change as we continue to see more dealers acquire IT companies or MSPs (Managed Service Providers).

“Throughout the prior eight to 10 years, office equipment dealers have been highly active in acquiring IT service firms, particularly MSPs,” observed Michael H. Dudek, Esq., CPA, Zygoquest Group, an organization that assists dealers who are buying and selling dealerships. “That acquisition interest and activity has persisted and continued through the current period. In fact, many dealers, even those not acquiring, have been investing in organically growing their own IT services business. Acquisitions typically enable dealers to leapfrog the lifecycle and some pitfalls of an organic growth effort. Acquisitions typically bring established IT talent and requisite systems to the acquiring dealer.”

It’s one thing to want to purchase an IT company or MSP, and it’s another to find a suitable target. “There are more buyers than sellers,” observed Chris Ryne, partner, Growth Achievement Partners, an organization active in MSP acquisitions.

“Everybody and their brother want to find IT companies and MSPs to acquire, but there’s not as many out there as people hope,” agreed Jim Kahrs, president, Prosperity Plus Management Consulting.

Indeed, it’s a seller’s market. “Multiples are at an all-time high for MSPs, and are especially high for quality MSPs,” reported Peter Kujawa, vice president, Service Leadership, a ConnectWise solution. “The good news is if you’re a seller, it’s a great time to sell and realize a lot of value out of your business. But if you’re an office equipment dealer, you’re going to be competing with other MSPs, private equity backed-MSPs, and others trying to buy the same quality MSP. Expect to pay more than you might have a few years ago.”

Ultimately, Ryne believes buyers will eventually become more selective. “I see valuations for good companies still being higher, but there will be less of an audience for the sellers and more financial buyers.”

Interestingly, Service Leadership’s recently released annual report reveals that 60% of MSPs have revenues of less than $3 million per year. But whether it’s a $10 million MSP or a $3 million MSP, these acquisitions have their risks and rewards. Let’s examine what it takes to make a successful MSP acquisition.

“There are all kinds of financial metrics that you would look at just like you would on the office equipment side,” said Ryne. “Revenue mix, tenure in the business, client concentration, and down the list. But once you get through those things, it’s understanding if you have a common go-to-market strategy and see the world similarly. If somebody says, ‘I love home users. They’re the best,’ if that doesn’t line up with what you’re doing, maybe that’s not the ideal client profile.”

Be aware of and perhaps wary of the MSP’s business model, particularly for predicting revenue. Ryne recently spoke with an MSP who has an offer on the table for his business and wanted to know if there was anything he could do to increase the value of his business. Ryne told him, “You don’t have a single contract in place. You have a handshake agreement with 65 customers, so technically you don’t have any recurring revenue. You have repeatable revenue that you can hope to have. But somebody can buy you, and it all goes up in smoke. So literally, your business is worth between zero and nil.”

According to Kujawa, not understanding that the MSP has a different model that drives success is one of the mistakes he’s seen copier dealers make over the years. “The copier dealer has a product to sell to literally every type of buyer from a one-employee accounting office to large universities and hospital systems, and everybody in between,” he explained. “In the IT world, it doesn’t work that way. Successful IT service providers are focused on specific market sizes and know who they can sell to and who they can’t. If you’re a copier dealer and you’re trying to do an IT acquisition to get into the business, you need to make sure that whoever you’re buying can deliver the kind of results you want and that they’re aligned with you. The drivers of success are so different that the dealer needs to have the right expertise in-house to make sure that they’re driving the right behaviors, or else when they do the IT acquisition, the IT people will leave.”

Understand Why You are Acquiring

Even though you may think you know why you want to acquire, consider what you are bringing to the table that would encourage an MSP to sell to you. “If somebody called me and said, ‘Chris, who should I buy?’ the first thing I would say is, ‘I’d like you to make a list of the things you have to offer,” observed Ryne. “Think about what you’re going to bring to the table, and that will help you tailor your talk track to find the right kind of seller.”

That might be strong back-office capabilities, an HR team, a sophisticated finance team, and high-level sales and sales leadership capabilities. According to Kujawa, other considerations that could seal the deal include offering the MSP owner an equity or leadership position, and a commitment to keeping his or her team intact. Or perhaps the owner-operator wants to stay in the business but doesn’t want all the responsibility?  Maybe they want to be the CIO. Those are all potential selling points.

Acquiring an IT company or MSP isn’t the same as acquiring another dealer, at least in Dudek’s view. “While there are certain similarities when acquiring a technology business as contrasted with acquiring an office equipment dealer, there are many differences in those businesses and in the acquisition approach that should be considered as those differences both create risk as well as an opportunity for the acquirer. The office equipment dealers that acquire IT firms generally have larger customer bases; less customer concentration risk; more marketing and sales representatives; more robust accounting, financial, operational management, and reporting systems; vastly different financial and operational metrics; and other differences.”

One challenge of buying an MSP is that the offerings differ from business to business. “There isn’t a standard playbook for what you should put in your offering, what exactly you should charge, and who your target market is,” said Kujawa. “Those who are doing the acquisitions need to understand the marketplace.”

For example, a dealer may understand what good and bad look like in the office technology space but understanding the difference between good and bad in the MSP space is not the same. “That’s where many dealers have gotten upside down and struggle with these acquisitions,” said Kujawa. “Even if you do everything right, you’re going to lose some of those employees and you’re going to lose some of those customers because they chose to work for or with that small organization.”

Understand Why the MSP Owner Wants to Sell

Ryne suggested learning the seller’s intentions for selling and their desired outcome. “It won’t totally mitigate risk, but you might be caught less by surprise,” he said. Ryne warns against acquiring an MSP whose owner says he or she is burned out and ready to walk away even if it’s a great deal. “If that’s your first acquisition, that’s probably not the best acquisition to make,” he cautioned. Conversely, if a younger owner built a business and wants to remain and help the dealer take it to the next level, that’s a more viable business to acquire.

Be a Smart Acquirer

Kahrs cautions dealers about thinking that acquiring an IT company will change the value of their dealership. It does work that way, he said, but unfortunately in the wrong direction. “There are too many copy/print guys that have jumped into IT that aren’t making money and don’t even realize they’re not making money at it,” opined Kahrs. “The rest of their business is subsidizing it.”

Kahrs offers a final nugget of wisdom about acquiring an IT company. “Be prepared for the fact that it’s not going to be plug and play, and you could buy it, and kind of put it there and ignore it and it’ll do great. It takes a lot of work to get the company integrated and then cross-selling between both customer bases. A lot of times people oversimplify it by thinking, ‘I’ll just buy this company, and then it’ll easily come together.’ It doesn’t work that way. You must be prepared to put the time and effort into it and to guide and manage it because it won’t run on autopilot.”

Just as there are boxes to check before making any acquisition, there are red flags to watch out for as well, and some of those are different when evaluating an IT company or MSP. Dudek identified a few. “Key risks could include different company/employee cultures that might clash; high dependence on the owner-operator and key employees of the IT company who might decide to exit soon after acquisition; risk in top customer concentration; a potentially fragile sales organization; less tenured employees in sales, service, and admin; potentially less sophisticated accounting, financial and operational and reporting systems; different vendor relationships.”

He added, “In many cases, unless one has examined many IT services businesses, then one would not truly be able to distinguish excellence from troubled risk-filled operations. Yet, at the same time, there are tremendous opportunities. IT firms often have higher growth and profit curve opportunities than many office equipment dealers are currently experiencing. And best of all, the combination of an excellent capable dealer with excellent IT service capabilities distinguishes that firm from the competition which results in higher financial performance for both the dealer and IT segments of the business.”

Acquiring a small IT company with a handful of employees has its risks, especially if personnel leave after the acquisition, leaving the dealership with pretty much nothing. “We’ve done some of these with smaller companies, and structured deals so that the payout for the purchase of the business is tied into the retention of that owner and/or key people,” noted Kahrs. He recommends being honest upfront, saying, ‘We’re buying the company primarily because of you. And if you are not going to be here, the company doesn’t have the same value.’”

He recommends making sure that a portion of the purchase price is tied to the owner staying on board. “In the deals that we’ve been involved with, the only way to handle that is to just be forthright from the beginning that the value of what you’re buying is primarily tied to the owner and those key employees. And without them we would say, this isn’t a good fit, we’re not interested.”

ARCOA Group Partners with All Copy Products to...