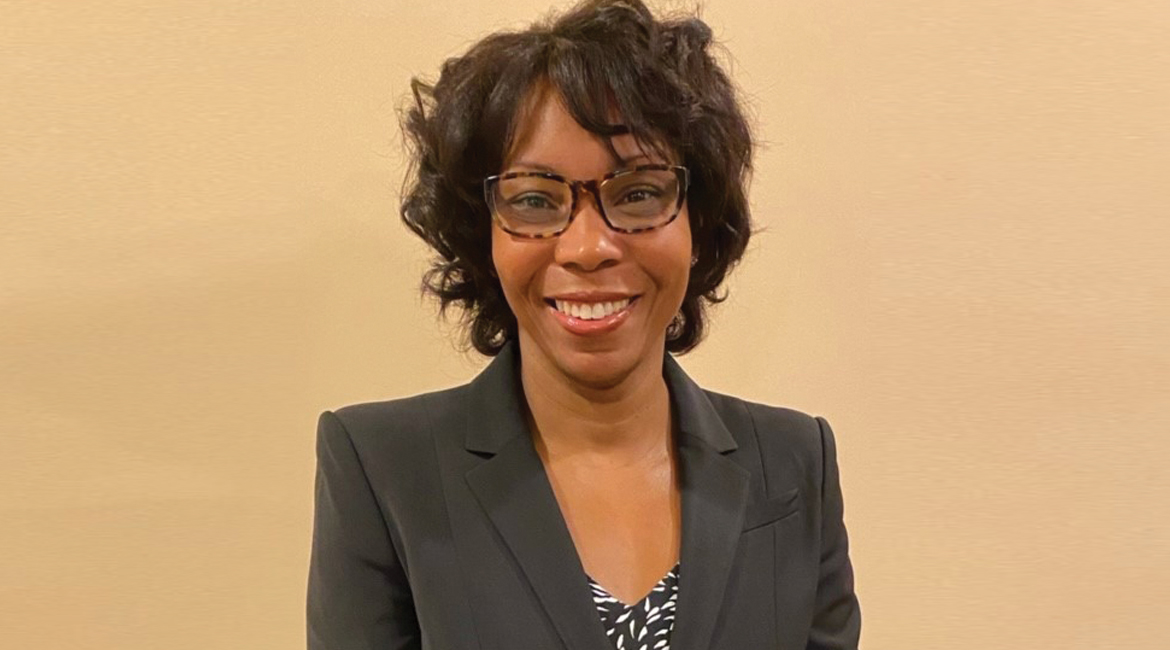 When Kia Robinson arrived at the career fair hosted by her university at the Garden City Hotel in Long Island, she looked around and noticed a long line snaking away from the Xerox table. Without hesitation, she stepped in line to meet her future employer, ready and committed to learn and succeed.

Led by a willingness to learn and a drive to succeed—this is exactly how Robinson, vice president of sales, managed services, at Atlantic Tomorrow’s Office, has navigated her career of over two decades in the imaging industry.

After graduating from State University of New York at Oswego, Robinson joined Xerox through the company’s agency program, which placed her face-to-face with potential customers, knocking on doors and collecting business cards across a handful of zip codes.

“I was always involved in activities, being a member of my sorority, and getting people to want to join the sorority always involved some type of selling,” said Robinson. “People think of the art of selling as selling a product, but what we’re really doing is selling ourselves.”

Whenever it came time to do a presentation, get a crowd involved, or establish buy-in for an event or fundraising, it was Robinson who led the initiative with a natural skill.

As a Xerox agent, Robinson learned the art of rejection, how to move forward when rejected, and how to secure an order, calculating pricing on the spot to get a customer to advance through a sale. She mastered the sales process, and this resilience and the skills Robinson gained from experience have served as the core of her career.

After three years, Robinson moved on to Océ where she spent the next ten years as a national account manager before rejoining the Xerox family in 2008, rising to director of major accounts.

During Robinson’s tenure at Xerox, she sowed strong relationships across the organization, with the great fortune of having meaningful conversations with former Xerox CEO Ursula Burns and of being mentored by former Xerox senior executive Valerie Mason Cunningham—two pioneering women of the imaging industry’s echelon of upper management. These pivotal relationships complemented Robinson’s upbringing by strong, resilient women, including several “aunties” who encouraged her to have a solid sense of self in being a woman, friend, wife, and mother, as well as provided guidance in navigating her career.

Rising Up to New Opportunities

In 2014, Robinson’s phone rang with another new opportunity, and as always, she was ready to listen. For about six months, Atlantic Tomorrow’s Office vice president of sales persistently pursued Robinson to have a conversation about bringing her over to the dealership side after her career on the OEM side. She finally sat down to meet CEO Larry Weiss. Over lunch, they talked about Larry’s own personal story, what his goals were for Atlantic as an organization, and how far Atlantic had come since Larry assumed ownership of the company in 1982.

“Being a person whose been in this industry for over 20 years, I remember selling a copying machine and then transitioning to the excitement of selling a printer, but people couldn’t figure out how to get the printer on the network,” said Robinson. “Atlantic was already ahead of the game. They were managing the network and then expanding out. Here was this organization that was privately owned, had a dynamic leader with a vision of what they’d like to do in the future and an aggressive growth plan—all I could think was, wow, what an opportunity for me to move over to an organization where I could continue to grow.”

When she joined Atlantic in August 2014 as a strategic account manager, Robinson was tasked with helping the company expand its mid-major and major accounts base. However, after a mere few weeks, Atlantic’s Executive Vice President of Managed Services Bill McLaughlin, who only recently left Atlantic, brought Robinson over to the dealership’s managed services side of the business.

“I told Bill that I didn’t know anything about IT,” said Robinson. “But he said, you don’t need to, you know sales and you know strategy. I took a leap of faith.”

Stepping into a new role to manage a team in managed services at a company she only recently joined was intimidating, but Robinson wasn’t deterred.

“It’s one thing to sell a copier,” said Robinson. “It’s another thing to sell the concept of managed services. Once I entered the IT world, I didn’t know anything. I was the user that used the computer, got frustrated with the computer, tossed it someplace else, and reverted to a phone—that’s the kind of novice I was. In this space, there are very, very smart people from engineers to the account managers, and they have extensive knowledge.”

Relying on her skills of effectively working with people to sell in the industry, Robinson committed herself to learning as much as possible, leaning on her “experts,” and keeping the door open between her and her new team. She didn’t pretend she knew everything about the business. With humility, she offered to share what she knew and worked hard to collaborate with her team so she could learn what they knew, asking question after question, after question.

“People are people, even if they have different roles and responsibilities,” said Robinson. “I went back to the core of what I knew. I knew how to sell, I knew how to manage, I knew how to manage a process and how to do a discovery. I just needed to implement all of that and treat it like a sales call. I needed to ask my new team members: What do you? How do you do it? What’s important? What are the challenges you face on daily basis? What kind of help do you need? And let’s keep going. I used this as a backdrop to learn about the managed services space.”

Like the industry’s technology, Robinson’s current role evolves daily. Her main responsibility is to make Atlantic the leading managed services provider in the dealership’s area and beyond. She shares this message with her team every day. With a focus on delivering critical excellent customer service for its existing and potential clients, Robinson is looking for Atlantic to own their clients’ IT experience.

Robinson encourages teamwork, collaboration, and communication. Throughout the day, she is constantly working to connect the dots for her team to effectively execute Atlantic’s business plans to achieve the company’s ambitious sales and revenue growth goals.

“There are challenges every, single day, but we have to slow down, and we have to bring everyone together to address the challenge,” said Robinson, who regularly encourages her team to connect across the organization to develop a base level of knowledge and to keep moving forward, challenging each other to adapt and improve.

Innately inquisitive, Robinson is energized by the constant changes technology presents. She is also deeply committed and inspired by the people in this industry. She greatly values their experiences and expertise.

When it comes to being one of the few women in the industry in a leadership role, she has grown accustomed to it.

“In each of my experiences, the top salespeople in each of the organizations I’ve worked for have been women and there’s a reason for it,” said Robinson. “We’re driven. It’s that background of having something to prove.”

For women entering the industry, Robinson encourages them to be confident, focusing on ability and talent over gender.

“Be you, be fearless, be of value,” said Robinson. “Those three things can’t steer you wrong, and you can build on them in a lot of different ways.”

Veteran’s Way: Presidents Who Served in the Military

On Message | Marketing and More: Show and Tell